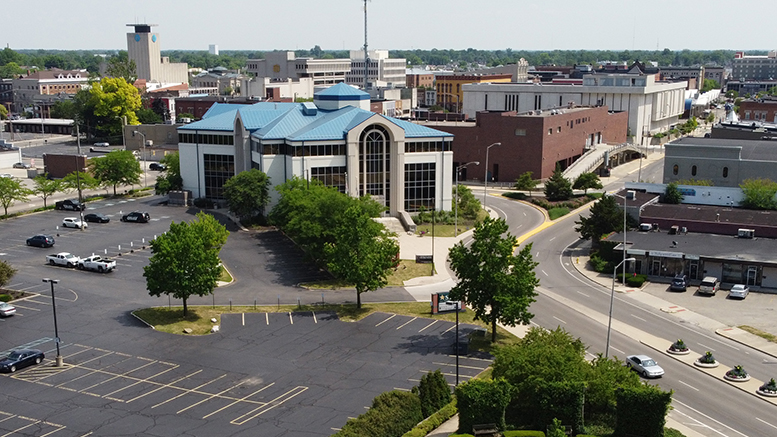 Four Muncie Public Officials, a Former Police Officer, Two Contractors, and a Private Citizen Convicted and Sentenced for more than $3 Million in “Pay to Play” Schemes.

INDIANAPOLIS – Four former City of Muncie public officials, including former Mayor Dennis Tyler, a former police officer, a private citizen, and two contractors have all been convicted and sentenced in the federal court following a yearslong investigation and prosecutions of systemic corruption in the government of the City of Muncie. The final sentence in the six related cases was imposed earlier today, and the sentences are as follows:

Phil Nichols, former chairman of a political party in Delaware County, was also charged with conspiring with Grigsby, Neal, and Franklin to commit wire fraud. Phil Nichols entered into an agreement to plead guilty, but died prior to the resolution of his case. All charges against him were dismissed, as required by law. As part of their guilty pleas, Grigsby, Neal, and Franklin admitted to conspiring with Phil Nichols as charged.

According to court documents, between 2014 and 2019, the City of Muncie engaged in a series of public works projects that were intended to benefit the City’s residents. They included the levee recertification project, which required Muncie Sanitary district to acquire parcels of property situated near the White River, demolish homes and businesses existing on the parcels, and construct levees or storage basins so that the entire levee system could be recertified. They also included the Walnut Commons project which was an $8.3 million housing development that was intended to house Veterans who were experiencing homelessness and removing blighted properties around Muncie to allow room for redevelopment such as brownfield site located on the east side of Muncie called Kitselman Pure Energy Park.

Public officials in Muncie were required by law on these projects to solicit bids from contractors and engage in a competitive bidding process designed to ensure that the City hired the most qualified contractors to complete the work at the lowest cost. Instead, Dennis Tyler, Craig Nichols, Tracy Barton, and Debra Nicole Grigsby, under the corrupt influence of charged, but now deceased, Phil Nichols, engaged in bid-rigging and kickback schemes in which they agreed to steer work to contractors who would “pay-to-play.” They also exploited Indiana’s Guaranteed Energy Savings Contract law to steer no-bid contacts to the same corrupt contractors

According to admissions by the sentenced defendants in their guilty pleas, Phil Nichols decided which contractors were “greenlighted.” meaning they were part of what some of the co-conspirators called the “Program” which was a bid-rigging scheme in which contracts were steered by public officials to kickback paying contractors.

As a result of the schemes, contractors did not engage in competitive bidding and were allowed to bill the taxpayers for work they didn’t do, or overbill for work that they completed. In total, the public officials awarded $3,230,737 in contracts to participating contractors, and as a result, the City and the Muncie Sanitary District lost approximately $1,568,324. Additionally, potential witnesses against these defendants lived in fear of retaliation because some of the defendants engaged in witness tampering and retaliation. Some defendants also destroyed evidence and altered documents in an unsuccessful attempt to prevent the Federal Bureau of Investigation from exposing their crimes.

United States v. Dennis Tyler:  Former Mayor Tyler admitted to accepting a $5,000 gratuity in exchange for official acts, namely, steering work to a paying contractor who charged more than an honest competitor. The gratuity arose from a public works project for Walnut Commons, which was an approximately $8.3 million housing development that was intended to house Veterans who were experiencing homelessness. On December 15, 2015, Mr. Tyler accepted $5,000 from Tracy Barton, the head of Muncie Sanitary Maintenance and Engineering, who acted as a middleman between the Mayor and Person A, a local contractor. Person A’s bid for the Walnut Common’s job was not the lowest, most qualified, responsive bid, but Mr. Tyler agreed to steer the contract to him as a favor. He later accepted the $5,000 payment as a thank you. The Walnut Commons contract was for $218,489. Mr. Tyler was convicted of Theft of Government Funds.

United States v. Craig Nichols: Mr. Nichols was the son of Phil Nichols and served as Muncie’s Building Commissioner. Craig Nichols also owned Advanced Walls and Ceilings, a company that contracted with the City of Muncie. Craig Nichols used false documents to steal $81,500 from the city for demolition work that AWC never performed and used additional false documents in an attempt to cover up his crimes. Mr. Nichols also fraudulently concealed his ownership of Capitol Consulting and Property Management, a company that billed the City for asbestos inspection and abatement work that he either never performed, double billed, or performed at inflated prices. Mr. Nichols pled guilty to Wire Fraud and Money Laundering and admitted that he billed Muncie $454,400 in contracts for work he did not perform or obtained through fraud. His crimes resulted in a loss of $270,392 in taxpayer money.

United States v. Debra Nicole Grigsby, Jess Neal, and Tony Franklin: Ms. Grigsby was the District Administrator for Muncie Sanitary District. As the District Administrator for MSD, Ms. Grigsby was responsible for approving the selection of contractors to perform work on MSD Infrastructure Projects. She also signed maintenance contracts on MSD’s behalf. Ms. Grigsby admitted to accepting kickbacks from Jess Neal and Tony Franklin in exchange for steering Muncie Sanitary District work to Tony Franklin. She further admitted to knowing that her subordinate, Tracy Barton, was also steering work toward paying contractors and was accepting kickbacks. Ms. Grigsby was convicted of Conspiracy to Commit Wire Fraud.

Mr. Neal was a Sergeant for the Muncie Police Department and the owner of Red Carpet, Inc. and Express Properties, LLC. Mr. Neal admitted to arranging for Mr. Franklin to pay kickbacks to Phil Nichols and Debra Nicole Grigsby so that Mr. Nichols would greenlight Mr. Franklin. Ms. Grigsby then also agreed to steer work arising out of the Muncie Sanitary District’s infrastructure projects associated with levee recertification to Mr. Franklin. Mr. Neal was convicted of Conspiracy to Commit Wire Fraud.

United States v. Jeff Burke: Mr. Burke was the owner of Burke Rentals 1 and McGalliard Guns & More. He admitted to receiving an inside tip from former police officer Jess Neal that the Muncie Sanitary District had to purchase a property known as the Flea Market in order to recertify the levee. Acting on that insider tip, Mr. Burke defrauded a bank to receive a quick loan, quickly purchased the Flea Market property for $150,000 without disclosing it’s true value, and then sold it 41 days later to the City for an inflated cost of $395,000. Mr. Burke did so knowing that the City had no choice but to pay the exorbitant cost. Mr. Burke was convicted of Bank Fraud and making False Statements to FBI agents. His scheme resulted in a loss of $245,000 in taxpayer funds.

United States v. Rodney Barber: Mr. Barber was the owner of Barber Contracting, Inc. He admitted to paying kickbacks to Phil Nichols and Tracy Barton in exchange for receiving nearly $300,000 in public works projects associated with the Muncie Sanitary District recertification of the levee. He was convicted of Conspiracy to Commit Wire Fraud, Wire Fraud, and making False Statements. In total, Mr. Barber received nearly $300,000 in contracts, resulting in a loss of $104,250 to Muncie Sanitary District.

United States v. Phil Nichols: Prior to his death, Mr. Nichols admitted in his plea agreement to Conspiracy to Commit Wire Fraud. Mr. Nichols was a former chairman of a political party in Delaware County and was regularly involved in raising money and advising political candidates running for local office in Delaware County. According to his co-conspirators and other paying contractors, though he had no official role in Muncie City Government or Muncie Sanitary District, Mr. Nichols maintained a powerful political control over Muncie officials, including Mrs. Grigsby and Mr. Barton. During the conspiracy period, contractors who wished to do work for Muncie Sanitary District had to be “greenlighted” by Mr. Nichols. Only contractors who had agreed to pay bribes or kickbacks to public officials, or make contributions to certain political campaigns or parties were greenlighted. As set forth in their plea agreements, Tracy Barton and Debra Nicole Grigsby admitted that Mr. Nichols directed them to steer public works projects arising out of the Muncie Sanitary District infrastructure projects associated with levee recertification to contractors who were willing to pay bribes and kickbacks.

“The citizens of Muncie placed their trust in a small group of government officials—many of whom were on a first-name basis with their constituents. This systemic public corruption not only resulted in more than $1.5 million of taxpayer money lost, but also caused immeasurable distrust in local government,” said Zachary A. Myers, U.S. Attorney for the Southern District of Indiana. “These prosecutions and sentences demonstrate that ‘pay to play’ schemes will not be accepted as the way governments do business. The U.S. Attorney’s Office and our partners at the FBI will investigate and prosecute these violations of public trust and public funds—and ensure that the criminals responsible are held accountable.”

“Ultimately, greed caught up with these defendants and they were held accountable for it. The citizens of Muncie deserved better and hopefully the dedicated work of our agents to uncover this systemic corruption will help restore public trust,” said FBI Indianapolis Special Agent in Charge Herbert J. Stapleton. “Cases like this are the reason public corruption is a top criminal investigative priority for the FBI, and we encourage the public to report potential abuses of public office.”