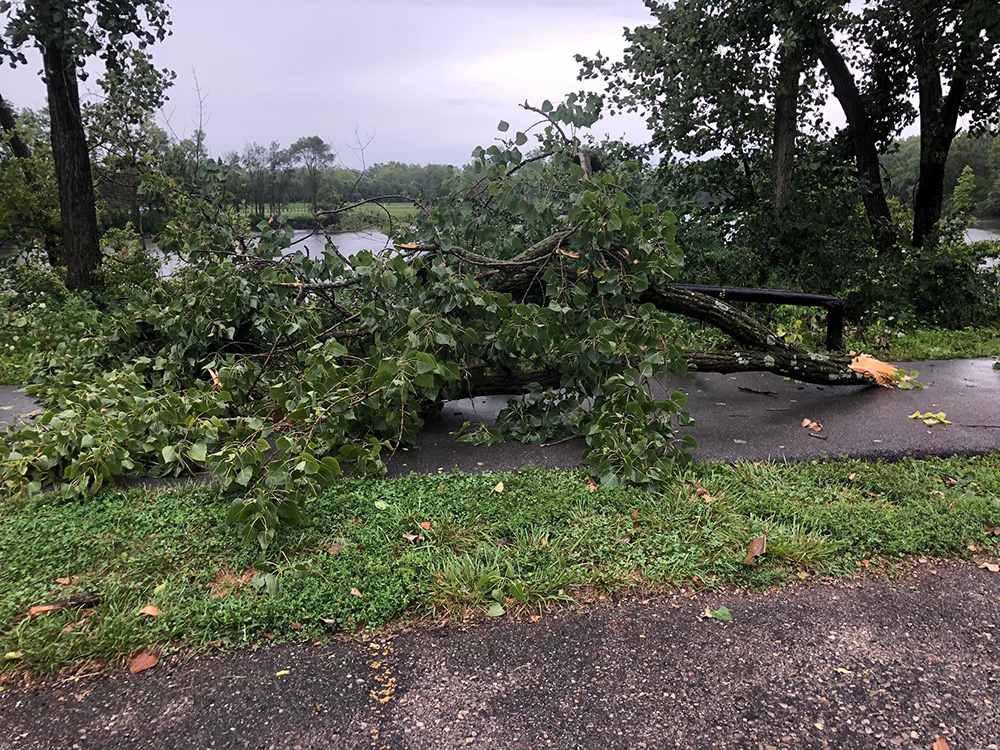 Photo courtesy of the City of Anderson Parks Department

Some thought it was a tornado that uprooted trees this week in parts of Madison County, but the National Weather Service Office in Indianapolis, says it was a ‘gustnado.’  That’s a relatively small whirlwind that forms as an eddy in the outflow of a thunderstorm. They do not connect with any cloud-based rotation and are not tornadoes, even though damage associated with them can be similar to weak tornadoes.

Another COVID update –  On Tuesday, more than half of Indiana was classified in the high-risk category for spreading COVID-19.  In our area, they include Miami, Howard, Grant, Huntington, Tipton, and Jay counties.  There were also 35 more Indiana counties listed as “medium” risks, all according to a report from WTHR.

This week in 1915, Hoosier History includes the birth of Ruth Lilly, born in Indianapolis, where she was the great-grandchild of pharmaceutical founder Eli Lilly.   During her lifetime she gave away hundreds of millions of dollars in support of the arts, education, health, and environmental causes.