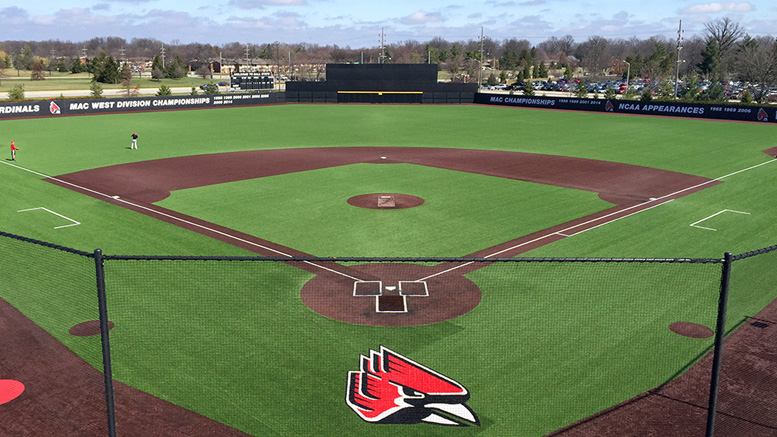 Another BSU sports highlight…   For the first time since 2014, Ball State Baseball (38-17, 32-7 MAC) are Mid-American Conference (MAC) Regular Season Champions.  Ball Diamond at First Merchant’s Complex at Ball State will play host to the MAC Championship Tournament, held May 25-28 between the top four teams in the MAC.  Wednesday will be game one for the Cards against Ohio (28-22, 20-15 MAC). First pitch is (tentatively) scheduled for 10:30 a.m.

Before you make your PB and J toast for breakfast – Multiple Jif peanut butter products are being recalled due to an outbreak of salmonella linked to a Lexington, Ky., manufacturing facility.  FDA said Friday that 12 states has cases so far, 14 people with illnesses and two in the hospital.  Symptoms appear 12 to 72 hours after contact and often include diarrhea, fever and abdominal cramps.  The recall includes creamy, crunchy and natural varieties, along with many others. The products have lot codes on our Local News page this morning,  and can be seen on the FDA’s website.    The recalled products have lot code numbers between 1274425 – 2140425 and include the numbers 425 for the 5th-7th digits. “425” in that position indicates that it was processed in the Lexington facility.  This information is usually printed on the back label of the jar. A list of recalled products and their numbers can be seen on the FDA’s website.  If you happen to have a jar included in the recall, you should throw it away immediately.  The FDA noted that the peanut butter has a two-year shelf life so consumers should check any Jif peanut butter already in their home.  After throwing the peanut butter out, the CDC recommends washing and sanitizing any surfaces or containers that might have come into contact with the peanut butter.

Unified Group Services’ appearance on the Indiana Chamber of Commerce’s statewide “Best Places to Work” list.   The Anderson-based third-party administrator for self-insured group health plans was honored, along with 124 other companies in a total of four categories based on number of employees, at a dinner celebration in Indianapolis last week.

IU Grad, and ESPN’s Sage Steele was hit in face by Jon Rahm’s tee shot at PGA Championship.  Reports of “blood everywhere,” she left the course under her own power but was not seen back at the course as of Saturday.

SNL over the weekend – Variety and several other reporting that Pete Davidson, Kate McKinnon, Aidy Bryant, and Kyle Mooney Expected to Exit.  Davidson confirmed the report on his Instagram.

Busy road to close for a while today…  Muncie’s Wheeling Avenue between Moore Road and Delaware County Road 400-N will be closed to traffic between 10 a.m. and 1 p.m. today (Monday, May 23), while the Delaware Highway Department works on the ditch along the west side Wheeling, according to a release from the Delaware County Engineering Department.

An Open Door Health Services family medicine physician has been named a ‘2022 Healthcare Hero’ by the Indianapolis Business Journal. Dr. John Woodall received the award for his impact on positive clinical outcomes and community health during his more-than 50-year tenure as a physician.

A Muncie family is still looking for answers after three years of heartbreak and uncertainty following the death of 41-year-old Michael Coates.  Fox 59 ran a story over the weekend about the May 2019 day that workers inside the Muncie wastewater treatment plant found his body on a conveyer used to filter out debris.  If you have any information related to this case, contact the Muncie Police Department or Muncie Crime Stoppers at (765) 749-4933. Coates’ family is offering a $5,000 reward.

Early Voting won the 147th running of the Preakness Stakes on Saturday in Baltimore.  The horse was eligible for the Kentucky Derby, but his owners opted to keep him out.

Bad Kitty: A German town is trying to avoid a cat-astrophe! Authorities in Walldorf have ordered some cat owners to keep their pets indoors until the end of August, to protect a rare bird.

And North Carolina regulators were wrong to reject a beer label that featured a silhouette of a naked man standing next to a campfire, a federal judge has ruled.

Jif RECALL… Multiple Jif peanut butter products are being recalled due to an outbreak of salmonella linked to a Lexington, Ky., manufacturing facility.   The recalled products have lot codes on our Local News page this morning,  and can be seen on the FDA’s website.  If you happen to have a jar included in the recall, you should throw it away immediately.

Many Muncie Kohl’s shoppers have noticed changes under way, inside the store blocked off for renovation and one of the exterior entrances redone to denote the addition of Sephora to the store.  Those changes are almost ready; the grand opening of Sephora inside the 1200 E Princeton Ave. Kohl’s near Muncie Mall is scheduled for May 27, according to a release.

Ball State track and field’s Charity Griffith and Kayla Jones have earned qualification into the 2022 NCAA Division I Women’s Outdoor Track and Field East Preliminary Championships  May 25-28 in Bloomington, Ind.  Top 12 times/marks will qualify for the NCAA Championships in Eugene, Ore., June 8-11.

A small brewery in Finland has launched a NATO-themed beer to mark the Nordic country’s bid to join the Western military alliance, themed “taste of security.”  A German farm owner saves fuel money with horse-drawn carriage- saying her journey to work has gotten longer but, she says, cheaper: she has left her SUV at home.