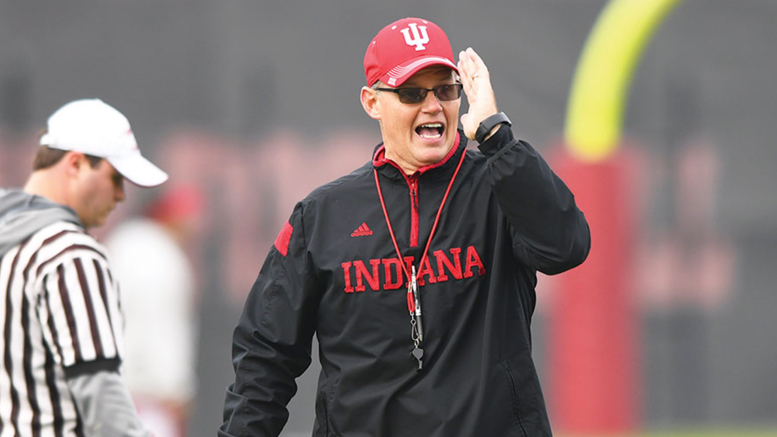 IU head football coach Tom Allen will be the special guest speaker for the Fellowship of Christian Athletes Banquet, tomorrow evening at the Horizon Convention Center in downtown Muncie.

The CDC has issued a nationwide health advisory due to a severe outbreak of hepatitis in children. Medical professionals speculate it may be linked to adenovirus, but more research is needed. Visit CDC.gov for more information.

The American Red Cross will no longer have a mask requirement for individuals attending their blood drives and donation centers. Donors are still welcome to wear masks if they wish.

GasBuddy reports the national average retail price of regular-grade gasoline dropped 3 cents in the past two weeks to $4.24 a gallon. That brings the total decline over six weeks to 19 cents a gallon, leaving the current price $1.27 above what it was one year ago.

The 2022 Muncie Three Trails Music Series lineup has been announced. See all the artists who will perform on our munciejournal.com

Anderson High School is suspending the use of its Indian Mascot after a TikTok video showed students performing in Native American dress. The Delaware tribe of Indians is working with the school to find other ways to honor them, according to a WTHR report.

The Indianapolis Star reports new coronavirus cases leaped in Indiana in the week ending Sunday, April 24, rising 269.2% as 3,194 cases were reported. The previous week had 865 new cases of the virus that causes COVID-19.Delaware County reported 29 cases and one death in the latest week. A week earlier, it had reported seven cases and one death. Throughout the pandemic Delaware County  has reported a total of 24,862 cases and 443 deaths.

The Indiana Department of Natural Resources is offering free gate admission to all DNR parks on Sunday, May 1st. It’s also a free fishing day where you can fish without a permit.

Two children are dead after a weekend camping trip in Owen County. The Owen County Sheriff’s Department said they received a call around 2 p.m. Saturday of two children injured at the Indian Oaks Campground. Police said an 8-year-old girl and 9-year-old boy were injured from a tree that had fallen. Investigators said the siblings were riding as passengers in a golf cart with their parents when strong winds toppled a dead tree. Medics pronounced both children dead at the scene.

Minnetrista has announced their newest exhibit: “The Robot Zoo.” Three robot animals and seven hands-on activities are part of the new exhibit.  The larger-than-life-size animated robots include a chameleon, a platypus and a housefly with a 3-foot wingspread. The exhibit opens April 30th.

8 people have died and 10 others were injured in 11 shootings that took place Saturday and Sunday across Indianapolis. IMPD released a statement Sunday night addressing the violence and calling on the community to help investigators by sharing information about any of the homicides or shootings that happened over the weekend. Have information? Call Crime stoppers at 317-262-TIPS.

As we go through the mornings for the next several days, we will see low temperatures in the mid-30s. We could see some areas of patchy frost, especially in locations north of Indianapolis. If you have any agricultural or outdoor interests, you’ll want to pay attention to the forecast because we could issue a frost advisory or freeze warning. Meteorologist Jason Puma with the National Weather Service in Indianapolis says once we get into May, you’ll start seeing high temperatures staying consistently in the 70s and 80s.

Madison County commissioners are considering raising the tax rate to fund maintenance and replacementof the counties bridges. The  current tax rate for the Cumulative Bridge Fund is 0.359 cents per $100 of assessed valuation. The commissioners are considering raising the rate to 0.45 cents per $100 of assessed valuation.

Tuesday is the Primary Election in Indiana, and WHBU’s Mitch Henck will provide anchored,  wall-to-wall coverage with in studio guests Republican Commentator Joanna Collette, and Democrat Greg Graham. This special broadcast will take place from 7 to 9pm.