The BBB issues warning for Department of Workforce Development Scam.  The texts come from an out-of-state area code but contain a link that looks as if it’s from the State of Indiana. The links may contain malware, which could access sensitive information on your device and result in possible identity theft.  If you spot a scam text, don’t reply. Some scammers ask you to text “STOP” or “NO” so you won’t receive future texts. In reality, your reply tells them they have a real, active phone number and could open you up to future attacks.   If you spot a scam, whether you’ve lost money or not, report it to BBB’s Scam Tracker at BBB.org/ScamTracker. 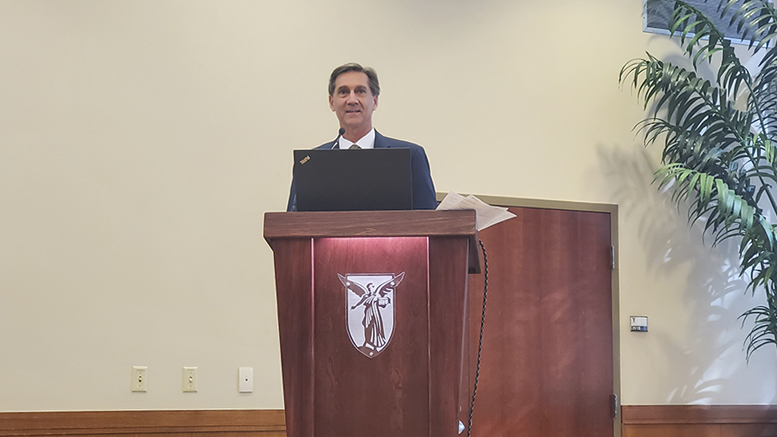 As much as $110,000 going to one single Muncie neighborhood – how were the wide-ranging amounts determined?

Hoosier History:  this week in 1974, Powerful tornadoes tore across 39 Indiana counties, killing 47 people, injuring over 1,000, and causing $200 million in damage. President Richard Nixon declared the state to be a disaster area.

Covid hospitalizations are at their lowest levels since the U.S. began keeping records at the start of the pandemic, according to an NBC News analysis. Reports of Covid cases have also declined 7 percent in the last two weeks.  The state of Indiana has greatly cut back on their data tracking, and the amount of update they provide through the info portals.

Hoosier Senators respond to new developments regarding Title 42.  Yesterday, U.S. Senator Todd Young (R-Ind.) issued the following statement: “As one Democratic Senator from Arizona put it, this announcement ‘shows a lack of understanding about the crisis at our border.’ This is the wrong decision and will only exacerbate the already out-of-control crisis we have at our southern border.”

Did you know that 9 out of 10 people who have prediabetes don’t know they have it?  A post from the Delaware County Health Department says factors like being 40 years or older, your family history, or high blood pressure can put you at a higher risk.  Get a full picture through a quick test on our Local News page this morning https://www.cdc.gov/prediabetes/pdf/Prediabetes-Risk-Test-Final.pdf

Two-hundred-eight middle school students from neighboring Jay County will tour the Taylor University campus today, and take part in programming designed to introduce them to life after high school as Taylor will host Walk Into My Future.  The initiative returns after a one-year hiatus during the Covid pandemic. The event’s scope is being narrowed for the first time to seventh grade students from its wider elementary and middle school focus.