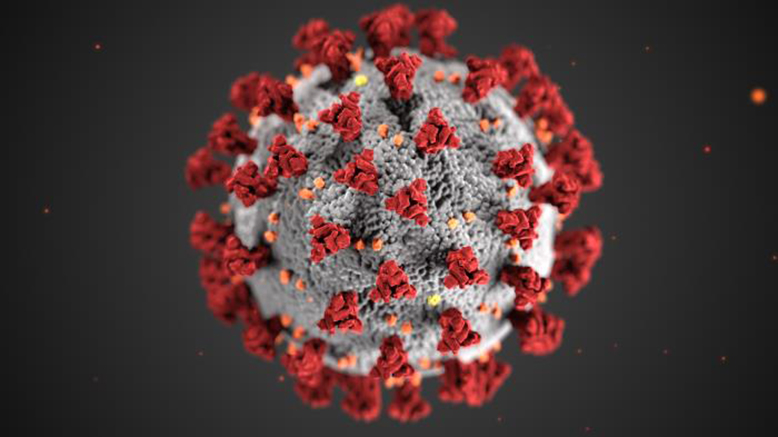 This illustration, created at the Centers for Disease Control and Prevention (CDC), reveals ultrastructural morphology exhibited by coronaviruses. Note the spikes that adorn the outer surface of the virus, which impart the look of a corona surrounding the virion.

The 4th shot for COVID: we asked Dr. Jeff Bird from IUBMH yesterday, when – and who should get one. Listen and watch at the link below.

$2 million on street paving for Anderson in 2022.  That’s the plan, and that amount doesn’t include the paving work being done by the Anderson Street Department or through the Indiana Community Crossings program.  Mayor Thomas Broderick, Jr. said in the Herald Bulletin that about $270,000 more will be spent on other paving and resurfacing.

Indiana republicans are upset with Governor Holcomb who vetoed a bill that would ban transgender girls from competing girl’s sports.  Democrat State Senator J.D. Ford released the following statement in support of the Governor’s veto:  “We agree on many of the reasons why this legislation is unnecessary.”  Quoting again, “We have a system in place to deal with any concerns of unfairness as or if they arise. In the meantime, let’s let kids play sports with their friends.”

You may want to cut down on your salt intake and watch your blood sugar. Chris Davis reports on ways to avoid chronic kidney disease.

Don’t be alarmed today when you see military helicopters on campus – Ball State University’s Reserve Officers’ Training Corps (ROTC) is doing a training exercise from approximately 8 a.m. to 3 p.m. at the South Campus Recreational Fields. During this time, access will be intermittently closed to parking lots G-13 and C-3, while the entrance to the Marilyn K. Glick Center for Glass on University Avenue may also be impacted.

What if you were told you didn’t have to come to work for five days? That’s happening at the Toyota plant in southwest Indiana. Chris Davis reports.

USA Today 10Best editors and a panel of experts have chosen White River State Park as a nominee for their 2022 Best City Park Readers’ Choice award. The polls are now open, and Hoosiers are encouraged to vote every day until April 11.

14 years with the Atlanta Falcons. New Colts Quarterback Matt Ryan said this week that he’s looking forward to a new start in Indianapolis.  The Colts traded a 2022 third round pick for the 36-year-old who will replace Carson Wentz.