A family farm in Indiana. Photo by story blocks.

In honor of Indiana’s rich agricultural heritage, the Hoosier Homestead Award Program recognizes families with farms that have been owned by the same family for 100 years or more.  One of two ceremonies this year is happening this Friday – and we understand that a Madison county family will be honored as one of three in the state for 200 years.  We will cover this event and report back.

The Olympic swimming trials are returning to Indianapolis.  Lucas Oil Stadium will host 17 televised sessions over nine days in June 2024, a month before the Paris Olympics. U-S-A Swimming will install three temporary pools, two 50 meters long and one 25-meter, over the Colts’ home field.

20 Over, a documentary produced by Taylor University’s Film & Media Production program was recognized last weekend with a College Television Award and $10,000 prize from the Television Academy Foundation in Los Angeles. The film profiles Indiana Paralympic track athlete Noah Malone, who is legally blind. 2020 Taylor alumni Chad Veal and Brendan Wallace created the film as students in the program.  The award recognizes and rewards the student-produced project that best portrays disability issues.

The pay is about 80 bucks for the day, but the experience high school students will receive is immeasurable.  The Delaware County Election Board voted unanimously this week to allow them to work the polls for the primary election on May 3.  A GPA of at least 3.0 is required. 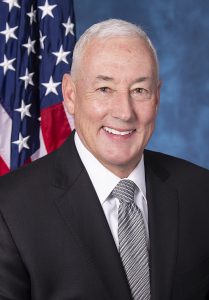 And, he says even higher prices for you and me

If you ever need a new kidney, then you’ll need a donor to step up. On Monday afternoon, Indiana Senator Todd Young chose to honor the life of one Hoosier who did step up. John Herrick reports. 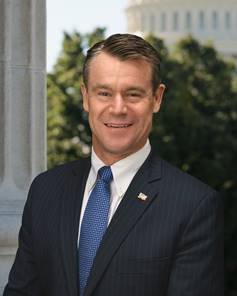 INDOT has plans to fix up a portion of Ind. 103 in the News Castle area soon – on or after April 11 they’ll do work in three separate sections over the course of two construction years.  The first chuck will be on Ind. 103 in both directions from Henry County Road 300-S to Ind. 38.  The second section will be a full closure, beginning this summer.

INDY ELEVEN HOME OPENER is this Saturday, April 2 at 7 p.m. vs. LA Galaxy – at Michael A. Carroll Stadium on the IUPUI Campus in Downtown Indianapolis. First of 17 USL Championship regular season home matches – all but one of which will be on weekend dates! Full schedule through October at indyeleven.com.

He’s at Emen’s in Muncie Saturday – tickets at the box office again today.