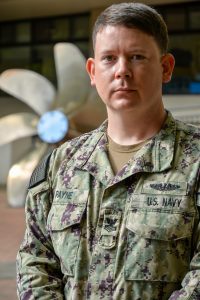 A Fairmount, Indiana, native is serving aboard USS Kentucky, one of the world’s most advanced nuclear-powered submarines.  Petty Officer 1st Class Kelsey Payne serves as an electronics’ technician and joined the Navy to take advantage of the opportunity to travel and learn a new trade.  Payne attended Madison Grant High School and graduated in 2006. Known as America’s “Silent Service,” the Navy’s submarine force operates a large fleet of technically advanced vessels. These submarines are capable of conducting rapid defensive and offensive operations around the world, in furtherance of U.S. national security.

The proposed three tenths of a percent increase in the local public safety income tax has another chance at adoption.  The Anderson City Council on Thursday voted to conduct a special meeting and vote on the increase in the public safety income tax.  The public hearing is set for 6 p.m. Oct. 28.  It takes a majority vote of the Madison County Tax Council to adopt the increase and thus far only Pendleton has voted to support it.

One of the most viewed stories in recent weeks on WLBC’s MuncieJournal.com – Muncie’s deal to acquire 13 more acres of land for a yet to be named park currently referred to as either Tillpond or Southwest Park on the city’s southwest side.  The $25,000 purchase is part of Mayor Ridenour’s push to improve public parks and green space in the City of Muncie by using money from his office’s EDIT Funds to pay for the additional land.  Read all about it on MuncieJournal.com.

Ball State safety Bryce Cosby was tabbed as the Mid-American Conference West Division Defensive Player of the Week.  Ball State returns to action Saturday, when it hosts Miami for its annual Homecoming game. Kickoff is set for 3:30 p.m.

The Henry County Salvation Army is still looking for volunteers to collect donations this holiday season.  According to their Facebook page, they still has over 1,000 hours of bell ringing shifts open and desperately needs volunteers.  You can sign up to ring on https://www.registertoring.com/.  There are three options for you to sign up: Solo Ringer, Ringing with a group, or a virtual ringer.  The Muncie Salvation Army is in the same situation – and they are an upcoming WLBC Hometown Hero of the Month winner.

First Merchants Corporation announced Chad Kimball as its new senior vice president and chief risk officer. He will be responsible for the Bank’s enterprise risk management program that supports.

A former Munsonian is returning to our state.  Todd Sandman-Cruz was announced last week as First Presbyterian Church as the new director of Fine & Performing Arts. He attended  Elementary School, and Bishop Dwenger High School there, and graduated from Ball State University.

Some have called it “the big cat lawn” in Muncie – and the owner has passed away.  Bill Hutcherson, a Vietnam Veteran and man of many talents according to Bruce Munson on a social media post.  The yard on Tillotson near the BSU football stadium is famously filled with statues of exotic animals.

This week in Indiana history – in 1933 the John Dillinger gang staged what is considered to be their biggest robbery.  They got away with nearly $75,000 in cash from the Central National Bank in Greencastle.  It was one of several bank robberies committed by Dillinger and fellow convicts in the weeks after they had escaped from the state prison in Michigan City.