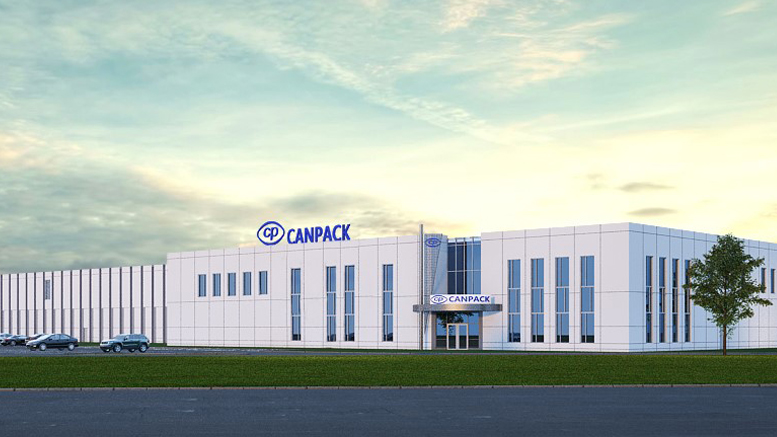 Artist rendering of the CANPACK facility to be located at the Southwest corner of South Cowan and West Fuson Roads in Muncie.

CANPACK announced in May that it selected Muncie as its second U.S. plant location with plans to invest $380 million in Delaware County and to create 345 high-paying jobs by 2023. Today the company will have a groundbreaking ceremony for its 862,000 square foot facility, scheduled to open 4th quarter of 2022. CANPACK’s project is one of the largest upfront capital investments in Delaware County history.

A Muncie woman charged with biting a police officer’s hand has filed a federal lawsuit against the Muncie Police Department alleging she was a target of excessive force. Ruby Goodman filed a lawsuit in US District Court in Indianapolis alleging a Muncie Police officer threw her into a brick wall resulting in facial fractures that required surgery, according to the Muncie Newspaper.  MPD denies the allegations.

Colts head coach Frank Reich has confirmed quarterback Carson Wentz sprained both of his ankles in Sunday’s loss against the Rams. On Monday afternoon, Reich said it was “too early to tell” if Wentz will be able to start next Sunday’s game against the Titans, but if he needs to, backup Jacob Eason will be ready to play for Indy.

Ten local teachers will receive $4,706.80 in Robert P. Bell Education Grants from The Community Foundation of Muncie and Delaware County, Inc. Across the county, thousands of students benefit from Bell Education Grants each year. Awards of up to $600 are available through the Bell Grants program.

Business Insider reports that Amazon drivers say they are being punished for driving habits that are considered safe, and others that are beyond their control. Drivers say the artificial intelligence-powered cameras in Amazon’s delivery vans unfairly penalize them for things such as looking at side mirrors, adjusting the radio, and even getting cut off in traffic.

A Richmond man who entered guilty pleas stemming from a fatal crash on U.S. 35 received a suspended sentence on Monday. Brandon Dale Martin, 27, had pleaded guilty to causing death when operating a motor vehicle with a controlled substance in the blood, a Level 5 felony carrying up to six years in prison. Deputy Prosecutor Andrew Ramirez on Monday told Delaware Circuit Court 2 judge Kimberly Dowling that he did not object to a probation officer’s recommendation that the sentence be suspended. Martin maintained he was in no way impaired at the time his car crossed the center line on the federal highway near Delaware County Road 500-E. Martin’s attorney, Jake Dunnuck said state law had changed since the 2018 accident, and that if the same events unfolded today, his client likely would not face criminal charges.

Washington Post reporter Hannah Dreier is the recipient of the 2021 Ball State University Department of Journalism National Writing Award. Ms. Dreier’s winning feature, “The Worst-Case Scenario,” highlights the growing problem of police shootings during mental health crisis calls in the city of Huntsville, Alabama. Ms. Dreier will be awarded a $1,500 prize and will hold a free, live virtual discussion with Ball State students at 7:30 p.m. Thursday, Sept. 30, in the David Letterman Communication and Media Building, Room 125.

The House and congressional district maps moved through the House chamber on first reading, with 63 representatives voting to move the maps to second reading against 30 “no” votes.The maps are combined in one bill, HB 1581, and had passed through the House Elections and Apportionment committee Monday morning on a 9-4 party-line vote. 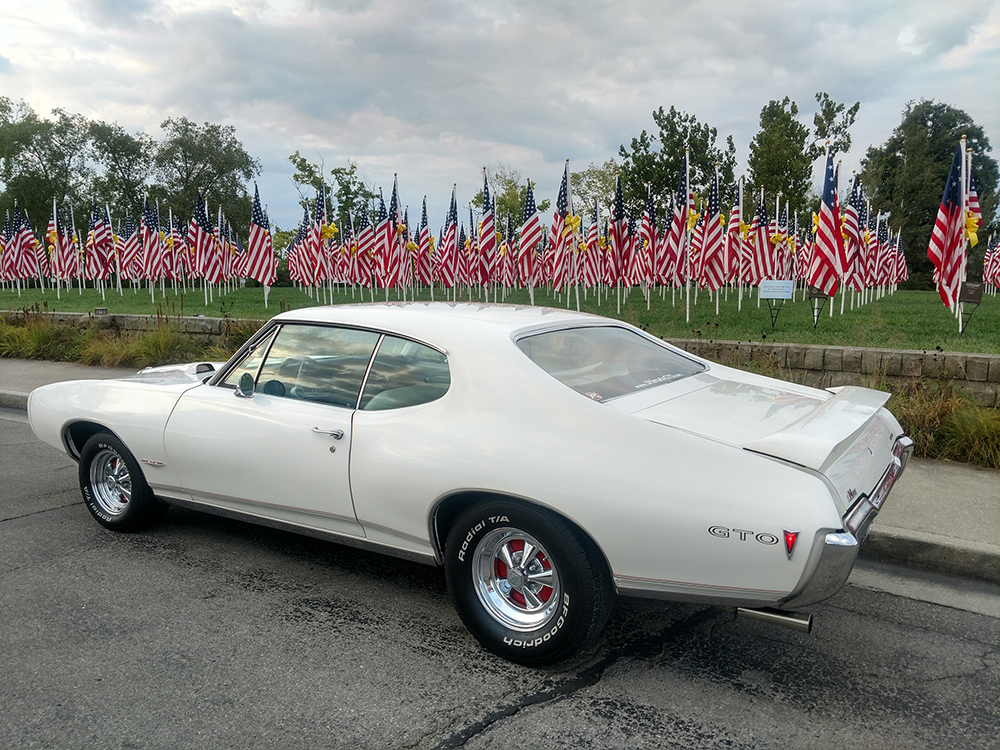 The James Dean Festival in Fairmount will take place Thursday through Sunday of this week along with the adjacent Ducktail Car show in Gas City.

Ball State University family weekend is coming up September 24th through the 26th. Family weekend is a time when students, faculty, staff, and their families visit the campus and reconnect with one another.

Indiana Attorney General Todd Rokita joined 23 other state attorney generals to release a letter calling on President Joe Biden to reverse his recent vaccine mandate. The mandate would require government workers and private contractors to receive the COVID-19 vaccine. Private employers with more than 100 employees have to have their employees either be vaccinated or participate in a weekly COVID-19 test.

Lt. Gov. Suzanne Crouch and the Indiana Office of Community and Rural Affairs has announced a new program aiming to help more Hoosiers obtain access to reliable and quality broadband. Homeowners and business owners can apply for consideration for the Indiana Connectivity Program, which opens for applicants on Monday, Sept. 27. Individuals lacking internet connectivity can communicate their interest by entering their address and information into the Next Level Connections portal at in.gov/ocra/broadband.

According to the Herald Bulletin, a Colorado judge has ruled that there is enough evidence that the husband of former Madison County resident Suzanne Morphew should go to trial in connection with her death. Judge Patrick Murphy ruled Friday that Barry Morphew, 53, is charged with first degree murder in the death of his wife. Morphew is also charged with tampering with a human body, tampering with physical evidence, possession of a dangerous weapon and attempting to influence a public servant.

Bankable, the non-profit lending arm of the Flagship Enterprise Center, is launching a new loan fund to support Black-owned businesses, according to the Herald Bulletin. The new fund will increase the accessibility of loans to Indiana Black-owned businesses by providing fair financing and business development support.

Anderson University is offering an accelerated 7-week online Master of Business Administration program, designed for working adults who are looking for flexibility in completing their coursework. Visit Anderson.edu for more information.