She spoke in our WLBC Zoom Room last week. 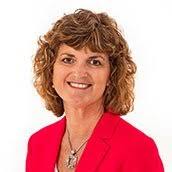 U.S. Senator Todd Young (R-Ind.) released the following statement late last week:  “This year, Dr. Martin Luther King’s life and legacy are especially poignant and inspiring…Together, each of us must do our part to heal our nation’s wounds, repair trust and rebuild our institutions, and heed Dr. King’s call to serve as “custodians of hope,” said Senator Young.

Jerrica Chapman and Matt Walsh, co-owners of The Grow(cery), want to open a grocery Co-op in the former Marsh store on Nichol Avenue, according to the Herald Bulletin. Their plan included hydroponics in the building to grow fresh produce, and more.  The hope is that it can fill a need in the area when the Marsh store on Nichol Avenue closed in 2017.

The Ball State Financial Center, formerly known as BSFCU is re-opening the lobbies of several of locations for transactions, beginning tomorrow. Including the Muncie Oakwood Branch, and the Ball State Student Center.

Last week, we learned of an urgent need for volunteers needed for Second Harvest Food Bank.  Kim Gillenwater spoke in the WLBC Zoom Room about how to sign up 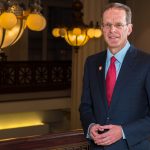 Nestlé Foods is recalling approximately 762,615 pounds of pepperoni Hot Pockets product that may be contaminated with pieces of glass and hard plastic.

You may have seen video of the military presence in Washington DC in preps for this week’s Inauguration.  625 Indiana National Guard members are there

What you’ve heard in Fishers and other communities might be here soon.  Dr. Jeffery Bird from IUBMH spoke last week about the possibility of mass vaccination shot sites

When that information comes out, we will share immediately on WLBC.

IndyCar veteran and former Indianapolis 500 winner Ryan Hunter-Reay is returning to Andretti Autosport along with sponsor DHL in 2021.

One Indiana state senator is pushing a bill that would make it more difficult for some Indiana cities to change their names.  Under current state statute, cities and towns may do so as they like as long as they have at least 500 signatures and the city’s council approves an ordinance.  Republican State Sen. Jack Sandlin’s bill would make it so that that rule would not apply to any cities or towns named in the Indiana Constitution. That would, in essence, make so those cities would have to get approval from state lawmakers to change their name.  Right now there are no active plans for names to be changed.

Anderson University is pleased to name Dr. Joel Shrock as its newest Provost.  Dr. Shrock has served AU since 2005 as the associate provost, a professor of history, and dean for the school of humanities and behavioral science. Recently, he began a racial equity speaker series that has sparked great engagement, according to a release on AU’s website. His predecessor, Dr. Marie Morris, has given 12 years of service to the university.

“You’re Talking, and WLBC’s Listening,” continue this week at 9 a.m. daily – we plan to invite guests to talk about how our communities move forward, discussing local and national issues that impact us locally.  Today’s guest will be Aimee Robertson West, community advocate.