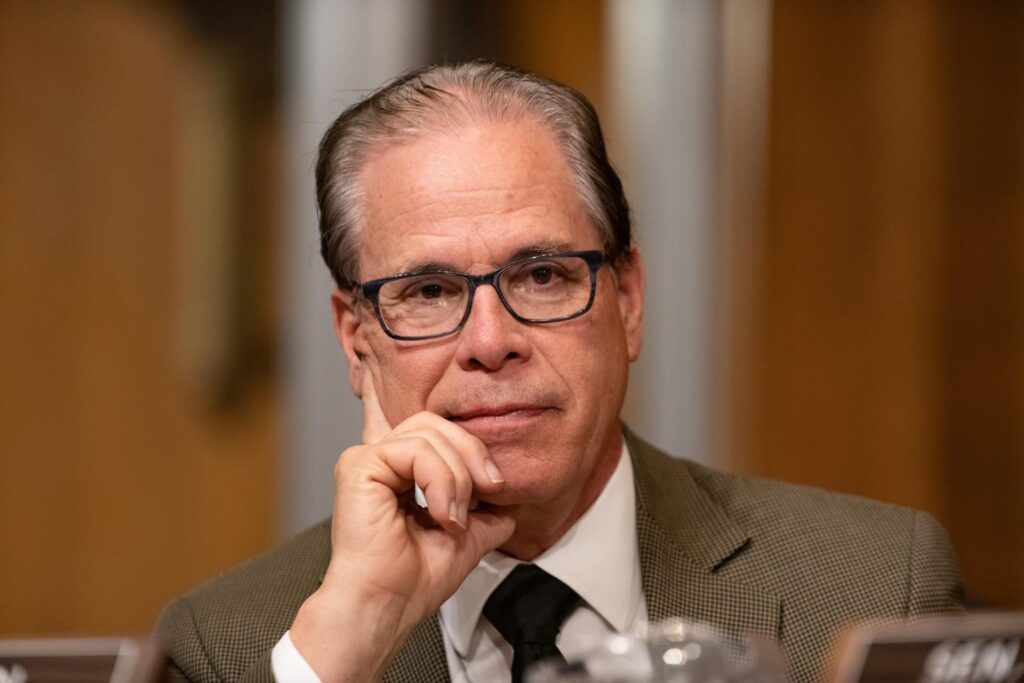 Senator Mike Braun is running for governor. He filed paperwork Tuesday, after promising to make a decision on whether to run by Dec. 1st. Gov. Eric Holcomb cannot run for another term because of term limits. Braun’s run for governor (as a Republican) means that his seat in the U.S. Senate will be open. Braun has advocated for term limits, and has repeated his disgust with the way the federal legislative branch is run, particularly in the way your tax money is budgeted, or not budgeted.

Minnetrista’s popular “Enchanted Luminaria” event begins on Friday. However, in a Facebook post the organization says that since decorating for the event, the Minnetrista campus has been the target of significant incidents of vandalism and theft of decorative items. Minnetrista has now installed cameras to monitor any vandalism activity this year. The organization would like to remind you that if you see a crime in progress to call the Muncie Police dispatch line at 765-747-4838.

The Star Press reports a Muncie man charged in the July slayings of two members of a local family has abandoned plans to pursue an insanity defense. 27 year old Daniel Lamar Jones, is charged with two counts of murder in the slayings of 69 year old Malcolm E. Perdue and 51 year old Kyndra K. Swift. Jones’ attorney filed documents in August to proceed with an insanity defense. Two medical professionals then examined Jones, but after the reports were completed, the results caused Jones’ attorney to withdraw the defense of insanity or mental disease.

First Thursday activities including the “Light Up downtown” event will take place tonight from 5 to 8pm in downtown Muncie. The community tree lighting ceremony will be at 6pm. The tree features an animated light show synchronized to music. There will be live music and performances by a variety of local musicians and Santa Claus might show up. The Holiday Gift Market will take place inside the former Chase Bank building at the corner of Walnut and Adams Street.

Gannett, the owner of USA TODAY and local news operations in 45 states, announced  another round of job cuts in the company’s news division after a third-quarter loss and an earlier series of cost-cutting measures. The company, which plans to cut 6% of its estimated 3,440 staff in the news division, will notify affected employees on Dec. 1 and 2.

A new bill introduced by one of Indiana’s senators has a plan to put working class Americans in better financial positions. The Emergency Savings Act of 2022 is a bipartisan bill introduced by Indiana Senator Todd Young, and Senator Cory Booker, a Democrat representing New Jersey. The bill would create an option for employers to activate an emergency savings account, which would pull some money out of the employee’s paycheck, with the idea being to use that money in case of emergencies.

Would you like to be a Kettle Bell Ringer for the Salvation Army this season? Here’s how to go about it. Visit this website: RegisterToRing.com. That’s RegisterToRing.com. On the homepage page select “Individual Or Group” then enter your zip code. Select a date you’d like to “ring” then click the search button. You will be presented with a list of locations/storefronts and times that are available for “ringing.” It’s just that easy. Help support the valuable work of the Salvation Army and be a Kettle Bell Ringer this season.

Hugh Syme is an artist with a long career designing album covers for bands such as Rush, Def Leppard, Dream Theatre, Megadeath and many others.  He will open a new exhibit in Muncie, Indiana at Gordy Fine Art and Framing on Thursday December 1, 5 – 8 pm.  The show of signed prints will include some of his most iconic album art together with rare originals.  Throughout the evening, he will be on hand to engage with viewers and answer questions.  Light refreshments will be served, and the public is invited to attend.  Live music by Dan Wright will be provided throughout the evening.

Ball State Football quarterback John Paddock has announced via Twitter that he is leaving the program. In part, his Twitter statement read as follows: “After careful consideration, thought and prayer, I am announcing my entry into the transfer portal as a graduate with one remaining year of eligibility. I wish Ball State Football great success, and will treasure the amazing friendships that I’ve been blessed with through this experience. I am excited to embark on a new opportunity.”

Indiana lawmakers are considering making changes to K-12 school curriculum requirements. House speaker Todd Huston says the goal is to better prepare students for today’s workforce. Officials at the Indiana Chamber of Commerce say many employers have been struggling to find skilled candidates for open jobs and some schools have added programs in recent years to help meet those needs. Lawmakers are reviewing the current curriculum requirements and trying to find ways to potentially add new ones, especially in areas like financial literacy and computer science, according to a Fox 59 report.

“Moon Drops” a new distillery in Fortville has now opened. The distillery creates bourbon, vodka, and rum as will as its “Bonfire Blends Moonshine.” After getting their license in 2019, owner Mark Pressley says it’s taken 3 years get to the ribbon cutting that took place yesterday morning. The new distillery is located at 738 W Broadway in Fortville.

On Tuesday U.S. Sen. Todd Young, joined 47 Democrats and two independents to send the Respect for Marriage Act to the House for the final vote needed to advance the plan to President Biden to be signed into law. U.S. Sen. Mike Braun and 35 other Senate Republicans, voted “no” on the legislation.

The Kokomo Tribune reports that Grissom Air Force Base in Peru is one of three bases in the country under consideration to support a new U.S. Air Force installation for aerial refueling and airlift. The Department of the Air Force is proposing to base the KC-46A Pegasus tanker aircraft at an installation with an established Air Force Reserve Command unit, such as that at Grissom. The KC-46A Pegasus aircraft will provide next generation aerial refueling support to the Air Force, Navy, Marine Corps and partner-nations.

Muncie Mayor Dan Ridenour says supply chain issues and shortages are slowing down a number of city projects, as contractors are not able to obtain needed materials. For example, there is a nationwide shortage of cement, however the city was able to recently complete ADA compliant ramps to the Cooley Park splash pad. Curb work at Storer Estates needs to take place using concrete before the street asphalt can be laid.

Earlier this week we told you that an Indianapolis lawyer who represents Muncie resident ason De’Andre Harris in his murder trial wanted to remove himself from the case due to a breakdown in the attorney-client relationship. The trial is scheduled to begin in 6 weeks and Delaware County prosecutor Eric Hoffman filed an objection to Nicholson’s request to leave the case. Judge Thomas Cannon agreed and has ruled that attorney Nicholson cannot leave the case.

The personal finance website WalletHub has released a report listing “The Best States for Jobs vs. The Worst States for Jobs.” The report says Indiana has the highest monthly average starting salary of $4,205 which is 2.1 times higher than in Alaska, the lowest at $1,980 per month.

First Thursday activities including the “Light Up downtown” event will take place tonight from 5 to 8pm in downtown Muncie. The community tree lighting ceremony will be at 6pm. The tree features an animated light show synchronized to music. There will be live music and performances by a variety of local musicians and Santa Claus might show up. The Holiday Gift Market will take place inside the former Chase Bank building at the corner of Walnut and Adams Street.

Anderson Mayor Thomas Broderick Jr. will officially announce next Tuesday that he will seek a third term. Broderick will make the announcement at the Paramount Theatre Marquee Room at 4:30 p.m. in an event that is open to the public. If Broderick is elected next year he would become the second mayor in the city’s history to serve three terms. Democrat J. Mark Lawler was elected mayor for four terms beginning in 1987, according to the Herald Bulletin.

The Anderson City Council has given an initial approval to an increase in water rates. The council approved a water rate increase resolution by a 4-3 vote. The increase would be phased in over four years. The Herald Bulletin reports that there have only been two water rate increases in the past 26 years. The council also passed two of the three required readings for a proposed $35 million bond for water utility system upgrades. 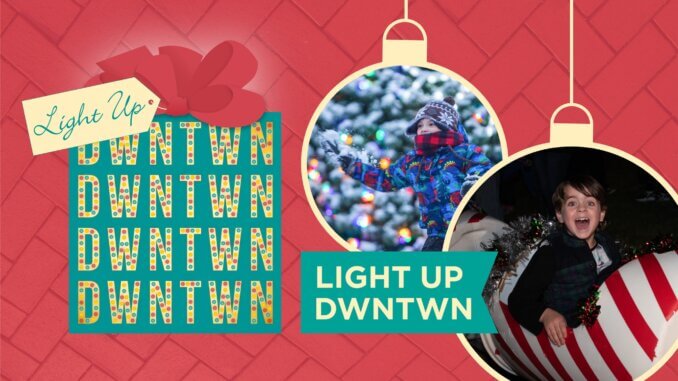