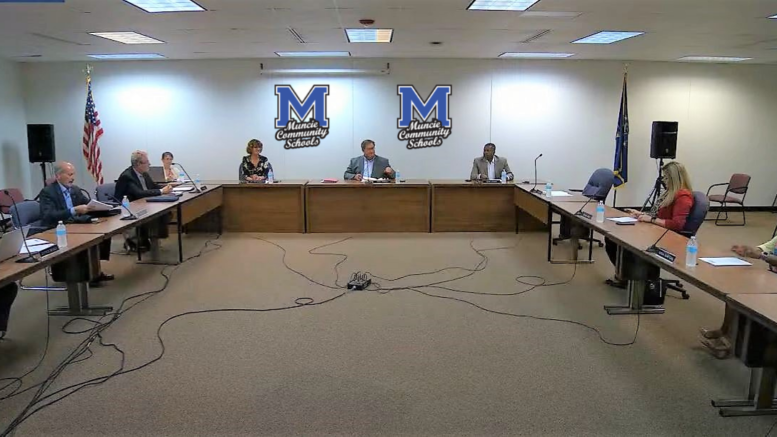 Longtime Muncie Community Schools teachers may not believe their eyes when they open their paychecks next fall. After going raise-less for several years prior to the 2018 MCS-Ball State partnership, the MCS Board of Trustees has approved the largest raises in district history, with additional compensation going to those who have been with the school system for more than five years.

Raises will be based upon years of service ranging between $6800 to $8200. In addition, MCS will automatically bump up any teacher with 20+ years of experience to $60,000 annually if the raise does not push them over that threshold. The district has also increased the salary of all beginning teachers to $48,000, up from $42,000 just a year ago. MuncieJournal.com has the complete story.

The Indiana Department of Natural Resources recently awarded the City of Marion a grant to better connect the Cardinal Greenway trail to the downtown area. The state announced the $640,684 award on Wednesday as part of Round Three of the Next Level Trails program, according to the Chronicle Tribune.

The City of South Bend has embraced Juneteenth—the federal holiday marking the end of slavery in the United States—by making it a city holiday. City employees will get the day off. Juneteenth is celebrated on June 19th.

The U.S. Food and Drug Administration has issued an urgent recall for organic zucchini. The recall involves “Organic Marketside Zucchini” sold by World Variety Produce of Los Angeles, CA at Walmart stores. The zucchini may be contaminated with Salmonella.

Ball State University has been selected by the Institute of International Education to receive an American Passport Project grant that will enable 25 students to obtain a U.S. passport and support their study abroad journeys Ball State’s Study Abroad Office will recruit and select the 25 eligible Passport Scholars starting in early Fall 2022.

IU Health won the award for “Large Enterprise of the Year” during Techpoint’s 23rd annual Mira Awards held in Indianapolis. The Mira Awards judges were impressed with how IU Health’s IT team rapidly adapted to patient needs during the coronavirus pandemic. The IT team launched several technology initiatives that will serve patients long into the future.

The City of Muncie started testing its election results software yesterday, which allows tracking election results LIVE on the city’s public access TV channel. Testing is expected to be completed this morning and normal programming should resume.

Jobs are at risk for over a thousand Hoosiers as Walmart has no plans to reopen its Plainfield warehouse that caught fire back in March. Employees who have not yet taken other jobs within the company will likely be laid off by July.

A Goshen Ohio school board president has resigned after appearing in a video posted online by the Muncie and Indianapolis chapters of Predator Catchers. They posted a video on Saturday of a man identified as John Gray. According to Predator Catchers Muncie,Gray traveled almost three hours from Goshen, Ohio to Farmland IN to meet who he believed was an 11-year-old child. No charges have been filed at this time.

The City of Noblesville has been named a “2022 Tree City USA” by the Arbor Day Foundation in honor of its commitment to effective urban forest management. This is the 32nd consecutive year Noblesville has earned the national distinction.

Three days after participating in another successful “national record store day,” the iconic Village Green Records music store announced through a Facebook post that they will be closing up shop in Muncie and moving to Alabama. The record store has been in the village since 2005.

The City of Anderson survived the pandemic in good financial shape, according to Mayor Thomas Broderick Jr.      Broderick gave his annual State of the City address Monday at a meeting of the Madison County Historical Society. The Herald Bulletin reports the pandemic cost the city $2.5 million in revenue, but due to federal funding and the city’s operating balance, 2021 ended with an operating balance of $20 million.

Anderson police are investigating a shooting that left a 29 year old man hospitalized. Jerome Haynes Jr. was taken to an Indy hospital and is now listed in stable condition. The incident remains under investigation.

The Anderson Madison County Black Chamber of Commerce Inc. is hosting a Business & Corporate Luncheon at Harrah’s Hoosier Park this Thursday at 11am.Ticket price is $25

The Anderson Fire Department has hired four experienced firefighters that it hopes to assign to a fire station by Memorial Day. The Anderson Board of Public Safety approved the four hires Monday, which brings the department to 109 employees, who are all considered firefighters.

Be happy! It’s getting warmer. Great temps next week…