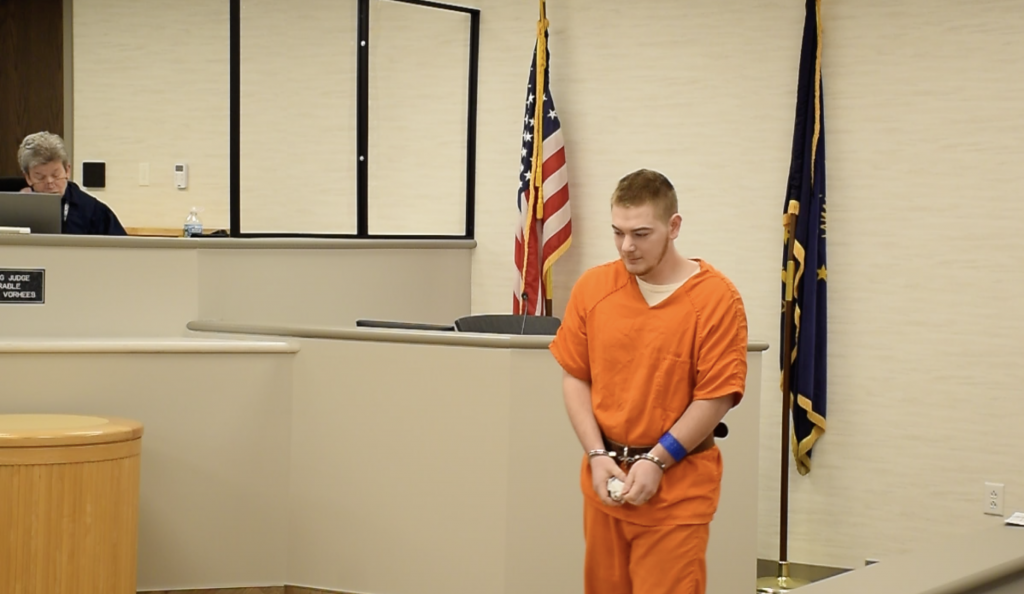 Shane Shumate is pictured leaving the stand after speaking to the judge on his own behalf prior to sentencing. Click on the photo for a larger view. Photo by Mike Rhodes

On March 31, 2022 I was allowed to take my camera into the courtroom of Judge Marianne Vorhees during the sentencing of Shane Shumate.

Shumate was sentenced to 36 years in prison for the attempted murder of a Delaware County Sheriff’s deputy in addition to domestic battery and interference with the reporting of a crime.

The video link below represents the entirety of the video I shot during the hearing. Due to the technical capabilities of the camera, the video consists of 13 individual files, shot sequentially and assembled into one long video at 720p HD. There was no editing of the material filmed and there was no mixing or editing of the audio.

The hearing was filmed by Mike Rhodes, Editor-in-Chief of MuncieJournal.com for Woof Boom Radio news.

This is what happened, as it happened during the sentencing hearing.