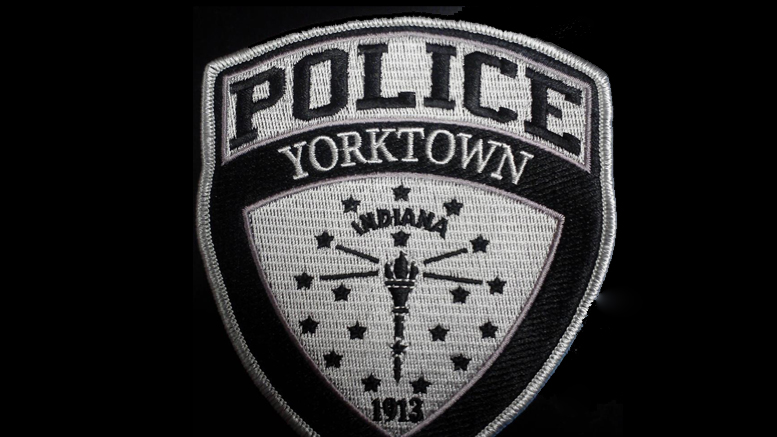 SWAT changes for Yorktown.   Yesterday afternoon, Delaware County Sherriff Tony Skinner took to Facebook to post, “Over the past 24 hours there have been a lot of conversations on social media regarding the Yorktown Marshal pulling his officers from The Delaware County Sheriff’s Office SWAT team, and refusing to utilize the (local) team if an emergency arises within the Yorktown jurisdiction. It is my duty and responsibility to serve and protect ALL citizens of Delaware County, and that’s exactly what I intend to do.” In a letter from Town Marshall Shane Ginnan to Skinner, he stated that arrangements have been made with “Supt. Carter” – presumably the leader of Indiana State Police – to respond to emergencies instead of the county SWAT.  We reached out to Town Manager Pete Olson, and he stated he had no comment at this time.

Ten years ago the skies over southern Indiana turned dark and a powerful EF4 tornado destroyed much of Henryville and damaged homes and businesses in several counties before dissipating in Kentucky.   Tomorrow you’ll hear how the early warnings worked and why many fatalities may have been avoided because of action taken after a conference call with the National Weather Service.

Less is more – reflecting a national shift toward using hospitalization data as the leading indicator of the impact that COVID-19, the Indiana Department of Health will no longer reflect a daily positivity rate. Instead the dashboard will display a seven-day average of cases. Chief Medical Officer Lindsay Weaver said The dashboard also will cease publishing the state’s county and advisory metric maps.  In addition, the dashboard’s publication schedule will only have updates posted on Monday, Wednesday and Friday of each week.

As of Tuesday, Community Hospital Anderson has gone six days without admitting a COVID-19 patient.  Last week, they had from one to three patients in the hospital for it, according to the administrator for the hospital in a report in the Herald Bulletin. Throughout March, the number of inpatient cases has been steadily declining.

Get WalkIN’ is a free e-mail based walking program being offered through Purdue Extension in Delaware County. Participants can sign-up, walk on their own and receive e-mailed support and information. It is designed to encourage individuals to learn more about the health benefits of walking and encourage individuals to get moving.  The email and phone number to get signed up is on our Local News page this morning.               Contact Shaylie Hall at snledbet@purdue.edu or call 765-747-7732 by April 22.

Managing his small force.  Yorktown cops have some staffing issues – and the following statement was given to WLBC Radio news via Town Manager Pete Olson yesterday – Marshall Shane Ginnan wrote, “My decision to remove my 1 current member from the Delaware County SWAT Team has raised some questions… Once the Council rendered their decision that I would now be without another officer – Town Manager Pete Olson told me and officer was suspended for 6 months that the Marshall recommended for termination – continuing to quote the Marshall now “we are already 1 officer short due to recovery from injury, I needed to asses if the continued involvement…  …Thus I decided to remove (our officer) from the team so we would not have to worry about training schedules and overtime issues associated with it.   Second I am not as familiar with the Delaware County Team as I am with how the State Police Teams operate.   The concerns about extended calls times are, in my opinion, unwarranted.  Looking at historical incidents YPD has rarely utilized a team so response time is not an overriding factor.”

The South Madison Fire Territory has been approved unanimously by three different governmental entities.  The Pendleton Town Council and advisory boards for Fall Creek and Green townships voted Tuesday to form the new territory, and to create a fire equipment fund tax rate of 3 cents per $100 of assessed valuation.  The new territory covers Fall Creek and Green townships and the towns of Pendleton and Ingalls; it will go into effect Jan. 1, 2023.

A school bus picked up, turned around and inserted into a restaurant backward. You may have seen that picture from Henryville. The tornado was ten years ago this month.    Tomorrow you’ll read how the early warnings worked and why many fatalities may have been avoided because of action taken after a conference call with the National Weather Service.

Award-winning broadcast journalist and author John Quiñones will be the next featured speaker in the David Letterman Distinguished Professional Lecture and Workshop Series at Ball State University, 7 p.m. on April 11 at Pruis Hall.  The Series was established through a gift from Mr. Letterman, a 1969 Ball State graduate. We wondered if Dave would be attending, and a statement from the University: “The lecture series is named for David Letterman but he does not attend.”  In the release from the school, it said “Mr. Letterman has personally invited and hosted conversations with Oprah Winfrey, Biz Stone, Rachel Maddow, and others.

Mistrial for Murder.  Joshua Treadwell has a May 23 re-do scheduled after a Madison County jury could not agree on a verdict Tuesday evening.  The 31 year old from Indianapolis, was charged with murder in the Oct. 25, 2020, shooting death of Arneshia Fuller.  Treadwell maintained he shot Fuller, of Anderson, in self-defense.

Purdue says it’s already talking to Ukrainian college professors about its offer of wartime research fellowships.  Purdue announced last week it’ll make room for up to 20 instructors or doctoral students to spend a year continuing research projects in West Lafayette. The Dean of international programs says Purdue faculty members have been reaching out to colleagues they’ve worked with before with slots filled as applicants get visas approved — that typically takes two or three months.

Travel season is here – some with spring breaks that have come and gone already, but Congressman Greg Pence says his office can help with passport problems….  Tax questions can also be answered, if you can’t get through to the IRS.  Use that same Internet address he just mentioned.

Tyler Schweitzer was named the MAC Co-Pitcher of the Week after a stellar outing on the mound for Ball State.  The Cardinals are scheduled to return to action on Friday, April 1, for game one of a four-game series at Toledo.