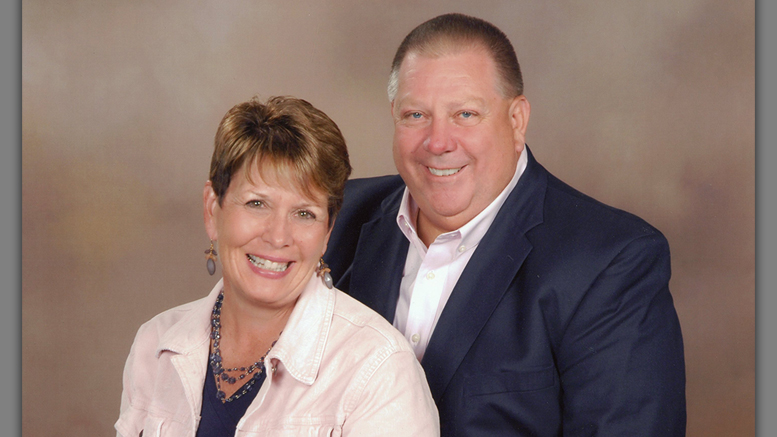 $1 million dollars:  BSU graduates Dave and Deb Heeter have made a generous commitment to support their alma mater.   With their gift, the Heaters will establish a scholarship fund, and support the Athletics Department.  Read even more about it at this link on MuncieJournal.com.

Not as juicy as National stories of election problems, but worth a mention here.  Nineteen people on Delaware County ballots for the May primary election have had their candidacies challenged, and the Election Board will meet at 10 a.m. Monday in the county Justice Center hearing room to consider the challenges.  The Muncie paper says most of the challenges are for Democratic Party precinct committeemen.

A Minnesota candidate for governor, Kendall Qualls announced on Monday that former NBC Sports broadcaster Michele Tafoya will be joining his campaign as co-chairwoman.  She was on the sideline for the Super Bowl on NBC Sunday, and earlier this year was involved in a controversial appearance on The View television show.

The Madison-Grant United School Corp. is joining a nationwide lawsuit against the San Francisco-based e-cigarette manufacturer Juul Labs for alleged marketing of its product to minors.  The Herald Bulletin reports that Superintendent Scott Deetz said the district was approached about supporting the federal lawsuit, which includes about a dozen Indiana districts so far, including Muncie Community Schools.

The Jay County Fair board announced their Sesquicentennial Fair set for July 9 – 16, in Portland.   The music headliners kick off on Thursday, July 14 with the Christian Music group CAIN!  July 15th is the Grammy-Nominated multi-platinum rising county superstar Cole Swindell.

Conventions are coming.  This week and next, Muncie has visitors

Add AU to the list of colleges that are expanding their esports efforts.  A recent donation will allow the team to continue to provide top-tier equipment with 13 new computers for the esports lab in Decker Hall.   A press release says that in just two years, the esports roster has grown to more than 50 athletes with the program continues to introduce new games.

Chase Winkle remains on administrative leave, from the Muncie Police Department, and apparently is still without his dog, according to the Muncie paper.  His German shepherd named Scout — was being walked last May when got loose, and bit a woman on the leg.  The animal care and services board ruled before Scout returned home, the Winkles must install an enclosure.  The attorneys also wrote that the dog – being held at the shelter awaiting the enclosure, and court proceedings, had suffered “irreparable psychological, emotional and behavioral harm” after being away from his family:  how that determination was made was not explained.  In a ruling last week, Judge Kimberly Dowling said Winkle had failed to prove the board’s actions were incorrect.   In August, he and three other officers are set to stand trial on criminal charges stemming from allegations of excessive force.

The Delaware County Jail S.E.R.T team was started in 1995 and now consists of 15 members.  From a Sherriff’s Facebook post last week, They are trained in advanced tactics to assist in the case of an emergency in the Jail.  The team trains on subjects such as riot control, cell extractions, and de-escalation techniques.

The seventh annual Neighborhood IDEA Conference is scheduled for March 5 inside Ball State Student Center 2nd floor ballroom.   Over 100 of Muncie’s leaders will gather to listen, learn and meet like-minded individuals to share ideas and best practices.  Immediately following the Conference Mayor Dan Ridenour will deliver his third State of the City Address.  It’s free to attend – register at the link provided on our Local News Page right now.

Salute to those that serve:  Petty Officer 1st Class James Clevenger, a native of Muncie, Indiana, serves the U.S. Navy aboard a U.S. Navy warship operating out of Norfolk.  Clevenger joined the Navy five years ago. Today, Clevenger serves as a fire controlman aboard USS Truxtun.

This weekend’s baseball series between Taylor and Siena Heights (0-0) set to take place at Winterholter Field has been re-located to Hoover, Alabama, due to the continual presence of snow and colder weather in Upland.  Ball State baseball starts their season this Friday in South Carolina – the Home Opener is booked for March 6 – the Cardinals were voted to Finish Second in the Mid-American Conference, behind Central Michigan.