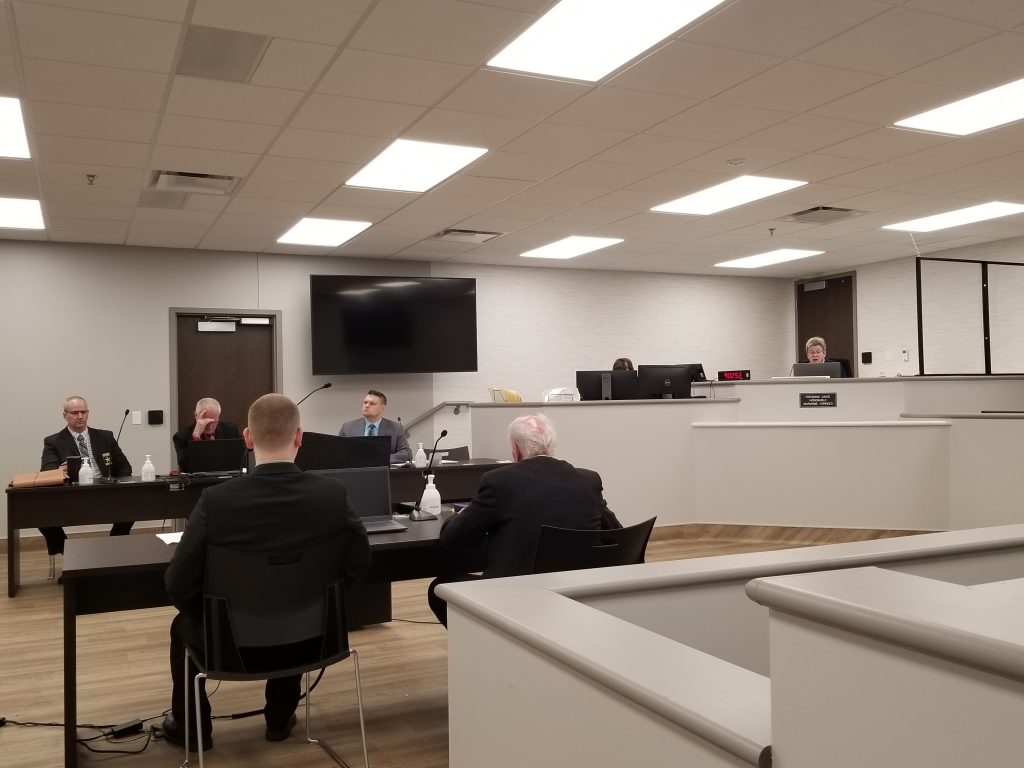 This unique, first-hand courtroom coverage was allowed by the Indiana Supreme Court as a pilot project for cameras and audio recordings to be allowed in five trial courts for broadcast coverage.

MUNCIE, Ind.—Today (2/24/2022) just before noon, the case against 26 year old Shane Shumate went to the jury.  At 4 p.m., the jury reached a verdict:  guilty on all counts.  Misdemeanor Interference with Reporting of a Crime, Felony Domestic Battery, and Felony Attempted Murder.   The Body Cam footage was clear.

Shumate has since recovered from his injuries and appeared in the three day court case in front of Judge Marianne Vorhees at the Delaware County Justice Center.  The three counts are from a January 2018 incident with police at his house in Eaton. 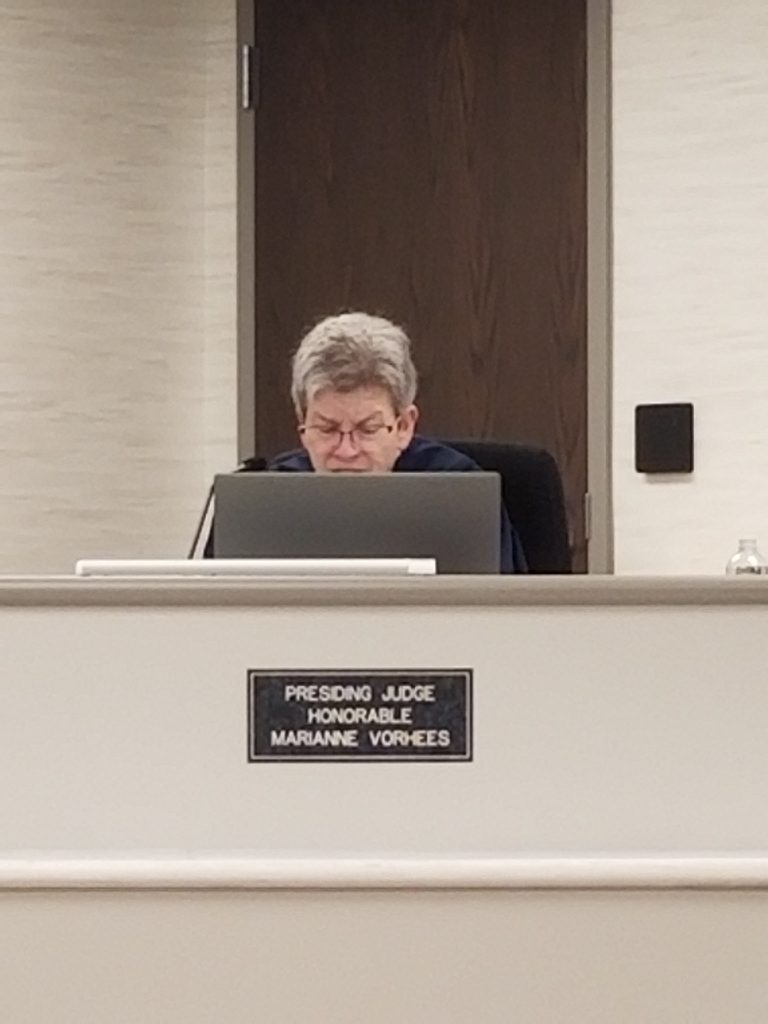 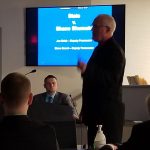 The court documents show that his wife called to report a domestic battery, when police went to speak to the suspect, shots were fired – one from his handgun according to prosecutors, and eight by one of the officers in self-defense. 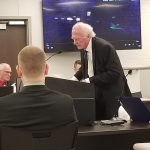 Shumate was taken into custody, and awaits sentencing on March 21.

This unique, first-hand courtroom coverage was allowed by the Indiana Supreme Court as a pilot project for cameras and audio recordings to be allowed in five trial courts for broadcast coverage.

Today a Delaware County jury deliberated for a little over four (4) before convicting Shane Shumate (DOB 9/4/1995) of:

Count 1: Attempted Murder, a Level 1 FelonyCount 2: Domestic Battery, a Level 6 FelonyCount 3: Interference with the reporting of a crime, a Class A Misdemeanor

The evidence at trial demonstrated that on the evening of January 30, 2018, Shumate battered his then wife and prevented her from calling the police. The victim was able to leave the residence and eventually call thepolice for help. When the police came to Shumate’s house to arrest him for felony Domestic Battery, Shumate exited the rear of his house armed with a .22 caliber revolver. Shumate raised the revolver directly toward a Sheriff’s Deputy. The Deputy yelled commands to the Defendant to “drop the gun.” Shumate refused to do so and instead fired a shot at the Sheriff’s Deputy – luckily Shumate missed and the bullet struck a house directlybehind the Deputy. The Deputy returned fire, striking Shumate – putting an end to Shumate’s violent aggression. A copy of the Affidavit of Probable Cause for Arrest is attached. The Honorable Marianne L. Vorhees, Judge of the Delaware Circuit Court No. 1, remanded Shumate into the custody of the Delaware County Sheriff and set sentencing for March 21, 2022 at 9:00 a.m. Pursuant to Indiana law:A Level 1 Felony is punishable by 20 – 50 years in prison and up to a $10,000 fine.A Level 6 Felony is punishable by 6 months – 2.5 years in prison and up to a $10,000 fine.A Class A Misdemeanor is punishable by up to 1 year in jail and a $5,000 fine.

After the verdicts were returned, Delaware County Prosecuting Attorney Eric Hoffman said “Police officers form the thin blue line that stands between criminals and their would-be victims. In doing so, they routinely put their life in jeopardy so that we may live in a civilized and safe society. Officers have the absolute right to defend their own lives so that they may go home at the end of their shift. If you choose to fire a gun at a police officer, you do so at your own peril. As Prosecutor I will not tolerate acts of violence against law enforcement. I am proud of myDeputy Prosecutors Steve Sneed and Joe Orick for their hard work and dedication in this case.”