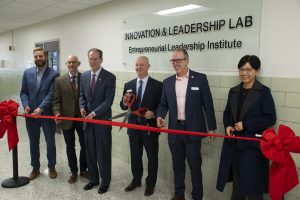 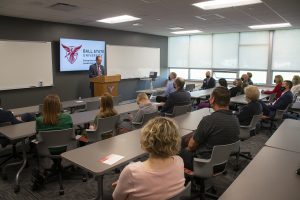 Another ribbon cutting, as Ball State continues to grow.  WLBC Reporter Mike Rhodes was there:

There is a tentative agreement between Anderson schools and the teachers union on a new contract.  At 2 p.m. Monday, Anderson Community Schools and the Anderson Federation of Teachers reached a tentative collective bargaining agreement.  The proposed contract would provide teachers with a base salary increase as well as more benefits over the next two years.  The agreement must be ratified first by the members of AFT, then be approved by the ACS Board of Trustees. Terms of the agreement are not yet available.  According to AFT President Randy Harrison as reported by the Herald Bulletin, the AFT is working to secure a space to hold their meeting to ratify the tentative contract agreement within the next few days. Date and time of the meeting is to be determined.

Closure for one case .  Tomorrow’s the day after many delays, some for legal reasons, and some due to COVID – former Muncie Mayor Dennis Tyler’s sentencing hearing is set for 1 p.m. Wednesday, in courtroom 307 at the Birch Bayh Federal Building and United States Courthouse in Indianapolis.

Yorktown Public Library has their Giving Tree up! As Kim Morris told you first, yesterday, if you would like to help make a local family’s Christmas a little brighter, take a tag from the tree and purchase the corresponding gift. Then, just bring the unwrapped gift and tag to the library by December 10.

The Delaware County Prosecutor’s office has been selected as one of only 10 statewide to establish a High Tech Crime Unit (HTCU) – this one to serve law enforcement in 11 adjacent counties and will be fully operational in early 2022.   In a press release, it was explained that $285,000 of state funding per year will assist with the processing of digital evidence, faster.   The Indiana State Police will still operate a Cyber Crime Unit to assist across the state.