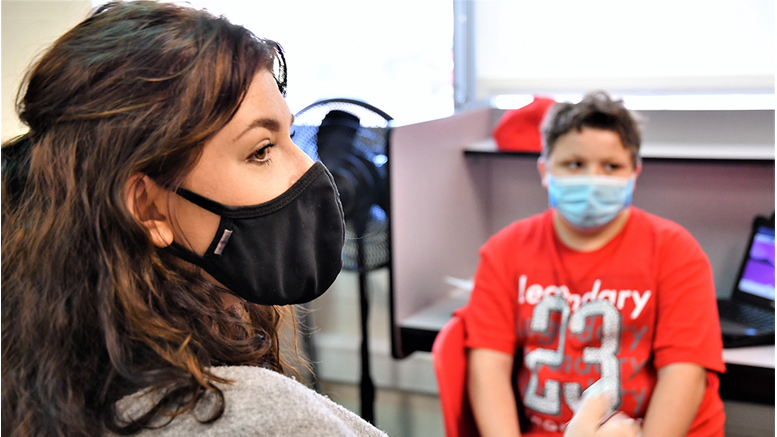 A new student support program called “City Connects” will be launching in Muncie Community Schools this fall. The program calls for a master’s-trained social worker, school counselor or mental health professional – called a “family navigator” at MCS – to collaborate with teachers by assessing each student to determine if out-of-school factors are affecting that student’s ability to succeed.

A motorcyclist has died in a Madison county crash with a pickup truck. According to a brief news release from the Madison County Sheriff’s department, the crash happened at the intersection of Indiana 9 and County Road 1100 South. The motorcycle collided with the left rear quarter of the pickup, then slid off the north side of County Road 1100 South, police said. The investigation is ongoing.

Yorktown head softball coach Jeff Berger has announced his retirement. Since 2007, Berger has spent almost every year coaching softball in some capacity in East Central Indiana. He was the head coach at Cowan (2009-13) before taking over the Yorktown head coaching job in 2015.

A Sunday crash in Randolph County has killed an Ohio teenager. Garrett Cook, 18, was driving on Randolph County Road 200 East when he lost control after crossing some railroad tracks. His PT Cruiser went into a ditch, hit a utility pole, and ended up in a field. Cook, of Bethel, Ohio, was taken to a hospital, where he died Monday. A front-seat passenger was also taken to the hospital, but will be okay. Two people in the back seat weren’t seriously hurt.

A dog that fell into a cave in southern Indiana was rescued by cavers over the weekend. Harrison County Animal Control got a call from some cavers who were exploring the Dewey Hickman Nature Preserve on Saturday. They came across a 30-foot-drop into a cave when they saw a dog at the bottom. They repelled down and pulled the dog up. Animal control says after examining the thin dog — he may have been trapped in the cave for a couple of weeks. The cavers say there was an empty turtle shell in the cave with the dog that had collected rainwater and that may have kept the dog alive.

Minnetrista is offering our nation’s active duty and retired military personnel to attend exhibits for free during the month of September. Free admission covers the service member and up to five family members in attendance with them. Learn more at minnetrista.net

Muncie Animal Care and Services has officially registered to participate with animal shelters across the country to team up once again with NBC and Telemundo stations to find loving homes for pets in need with the “Clear The Shelters” pet adoption and donation campaign. The stations’ month-long “Adopt & Donate” effort will feature virtual pet adoptions and make it easy for people to donate online to participating shelters and rescues. For more information on Clear The Shelters please visit: https://www.cleartheshelters.com/.

The Muncie Police Department’s Domestic Violence Unit will be hosting the 2021 Policeman’s Ball at Cornerstone Center for the Arts on Saturday, October 23rd, 2021 from 6pm to 11pm. All proceeds go to the Muncie Police Department Domestic Violence Unit to be used for victims and their children for Christmas this year. If you would like to donate to the silent auction, be a sponsor or attend the event, please contact Jami Brown at jbrown@cityofmuncie.com

See a photo gallery from the 2018 Policeman’s Ball at this MuncieJournal.com link.

A Daleville man accused of killing his grandfather reportedly struck the victim in the head with a wheelbarrow. Trent David Kreegar, 26, is preliminarily charged with murder in the death of 67-year-old Robert Earl Huffman Jr., also of Daleville. In an affidavit, an investigator with the Indiana State Police, wrote that Kreegar told a Daleville police officer he had struck Huffman during a fight — at 9100 S, Walnut St. — about 8 p.m. Saturday. Kreegar continued to be held without bond Tuesday in the Delaware County jail.

On October 4th, the Ball State TCOM and Journalism Department names will change according to a Twitter post from Ball State’s College of Communication, Information and Media.

A well-known rock band is coming to Indy early next year. Imagine Dragons will be bringing their “Mercury” tour to Bankers Life Fieldhouse on February 21st.. Tickets go on sale this Friday morning on Ticketmaster.com.

Cowan superintendent Tim Brown told the Muncie newspaper that COVID-19 cases have been on the rise at Cowan schools. The school system has adopted their own mask mandate to help lower quarantine numbers. The move to revise the district’s back-to-school plan was approved during a Sept. 2 Cowan School Board meeting, and as students and staff headed back to class after Labor Day weekend on Tuesday, Sept. 7, masks were required.

An Anderson man has been arrested after an incident at a local bar. William Reggel Whetsel, 41, of Anderson, is charged with a Level 3 felony aggravated battery use AND a Class A misdemeanor for operating a vehicle with alcohol concentration equivalent to 0.15% or more.

Whetsel allegedly smashed a bar glass into another man’s face.