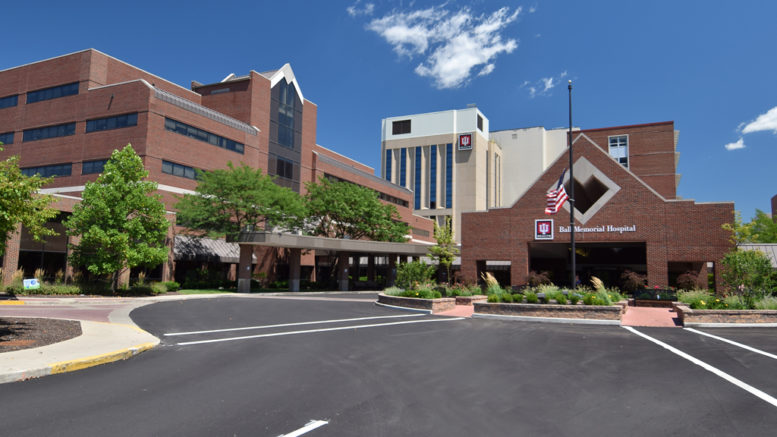 As COVID-19 infections and hospitalizations continue to surge, IU Health has temporarily suspended 100% of all inpatient elective surgeries and procedures throughout the system. The surge of COVID-19 patient volumes has continued to accelerate at a rapid pace, and this temporary change is needed to further relieve pressure on the IU Health care teams and to free up space for critically ill patients. The suspension will be continuously monitored and extended as needed on a rolling basis for two-week periods.

Muncie Sanitary District’s Water Quality Laboratory has been awarded the Indiana Water Environment Association’s Laboratory Excellence Award for 2021. It is the 29th year in a row the local lab has won the award. The award is given for outstanding achievement in the implementation of lab techniques and administration.

The Board of Directors of Westminster Village has announced the appointment of Mary Jo Crutcher as the new President and Administrator and Dustin Jones, CPA as Chief Financial Officer, both effective October 15, 2021.

AJR with special guest Sara Kays will be performing at Emens Auditorium on September 11, 2021 at 7:30 p.m. and tickets to this previously exclusive student concert have now been released to the public. Public tickets are now on sale and will now be available online at Ticketmaster.com or at the Emens box office.

The Muncie newspaper reports a Muncie man who set fire to a house he had previously lived in was sentenced this week to three years in prison. Brandon Tyler Wilson, 28, had pleaded guilty to arson, a Level 4 felony that carried up to 12 years in prison. Investigators said Wilson acknowledged breaking into the house through a side window, and setting laminate boxes on fire with a lighter.

The annual White River Clean-up at Westside Park will be 8 a.m.-noon Sept. 18.Volunteers can pre-register online at beautifulmuncie.org. Participants must pre-register by Sept. 11 to guarantee receiving swag and a boxed lunch catered by Three Bears Concessions and Sea Salt & Cinnamon. Since 2006, Muncie-Delaware Clean and Beautiful and the Muncie Sanitary District have organized over 4,600 volunteers to remove 130,000 pounds of trash (including over 800 tires) from the White River.

A man has been arrested after firing shots on the campus of Indiana State University. Terre Haute police heard gunshots around 7th and Cherry near Federal Hall in the ISU campus. Police quickly found and arrested Yantre Edwards. He was standing in a parking lot shooting his gun, but police don’t believe he actually had a target. One of the bullets did go through a nearby window, but thankfully no one was hurt. Edwards is facing several charges, including criminal recklessness.

All but nine Indiana counties are getting the green light to once again put bird feeders out.The Indiana Department of Natural Resources says it’s safe to feed birds once again. DNR told people to take down their bird feeders because a mystery illness was killing songbirds across the state. The nine counties still under a bird feeder advisory are Allen, Hamilton, Hendricks, Johnson, Lake, Marion, Monroe, Porter, and St. Joseph.

A Daleville man has been accused of killing his grandfather.Trent David Kreegar, 26, was being held without bond Sunday in the Delaware County jail, preliminarily charged with murder. State police — who are investigating the slaying — believe an argument between the two men began late Saturday, and at some point turned violent, resulting in fatal injuries to Huffman.

In a news conference last week, Fort Wayne Mayor Tom Henry said Fort Wayne will require city employees to mask up. Beginning today, masks will be required, regardless of vaccination status, at all city facilities, including Citizen’s Square, and even in the pavilions at city parks. City of Ft. Wayne employees who are fully vaccinated or who become fully vaccinated by November 1st, will receive a $200 wellness initiative payment.

State Rep. Sue Errington issued a statement after Statehouse Republicans announced their intent to file Texas-style abortion ban legislation during the 2022 Legislative Session. Errington wrote: “There is no such thing as a true abortion ban. There can only be a ban on safe abortions. Indiana shamefully holds the title for third highest maternal mortality rate in the nation and we will only sink lower if we force women out of the safety of a licensed medical clinic and into the shadows of a back alley for their abortion. Hoosiers deserve better. They deserve lawmakers who strive for better.”

A Merrillville teacher was arrested after getting drunk during her lunch break. According to The Times of Northwest Indiana, the teacher, who has not been named, crashed into some woods on Wednesday afternoon. A police officer found the car, and approached the driver, who self-identified as “a Merrillville teacher” and was “heading back to class after lunch.” The officer said the teacher smelled like alcohol and was slurring words. A breathalyzer test revealed the teacher’s blood-alcohol content was 0.199 — more than twice the legal limit.

Muncie’s Ivy Tech Community College is seeing a 40% increase in first-time students and a 4.6% jump overall, according to the Muncie newspaper. One of Ivy Tech’s biggest enrollment increases was in the School of Advanced Manufacturing, Engineering and Applied Science. Muncie and Henry County has high-wage and in-demand jobs in the area of manufacturing and Ivy Tech is helping provide a workforce pipeline to industry partners.

A West Virginia man in the process of moving to Anderson now faces two Level 1 felony charges of child molesting. John W. McCutcheon III, 47, of Spencer, West Virginia, said during his initial court appearance Friday that he’s in the process of moving to the 2000 block of Manor Lane. His bond was reduced from $135,000 at the time of his arrest to $50,000 full cash. McCutcheon, if convicted, would face a possible prison sentence of 20 to 50 years on each count with the advisory sentence being 30 years. He is accused of molesting an 11-year-old girl, according to the Herald Bulletin.

An Alexandria mother has been charged with felony neglect and battery against 3 of her children. Heather Renna McGonigle, 52, has been charged with three counts of Level 5 felony neglect of a dependent resulting in bodily injury, Level 5 felony battery resulting in bodily injury of a person under 14, Level 5 felony battery by means of a deadly weapon and three counts of Level 6 felony intimidation. The mother of a child who is friends with one of the children reported the alleged abuse to authorities.