60 plus.  As we told you first, yesterday morning, the Indiana State Department of Health is allowing Hoosiers 60 plus to sign up for the COVID vaccine.  They are asking for patience, as this new group is a large amount of the population, and high demand is expected to continue.  We fully expect more guidance from the State later today – during the weekly COVID briefing, at 2:30 p.m.

$4.6 million from INDOT will improve parts of Tillotson, and McGalliard using Federal funding.  The press release from the City did not specify when the work will begin, or the bidding process timeline.

The Indiana Citizens Redistricting Commission, a diverse and multi-partisan group of Indiana residents, says it will hold public meetings on community maps in every congressional district through the end of March. Like most states, Indiana puts the state legislature in charge of redistricting.  The Virtual Meetings for our part of the state are as follows: for Congressional District 5: March 3, 7 – 9 p.m., and for Congressional District 6: March 16, 7 – 9 p.m.  The links to register are on our Local News Page now.

The corduroy jackets are being honored at the Indiana Statehouse.  In celebration of National FFA Week the Indiana FFA Association received a house concurrent resolution recognizing FFA and all of its work to advance the quality of agricultural education both locally and nationally. National FFA Week continues through Saturday.

When the new EA Sports college football video game comes out, you may not see the University of Notre Dame in it. Notre Dame’s Athletic Director says his school will not provide its name, logos, and other branding property to EA Sports for the game until new rules determine whether athletes will be able to receive a cut of the game’s profits are finalized.

Last year, nearly 1.8 million Hoosiers may have missed out on free electronic tax filing by not taking advantage of the Indiana Department of Revenue’s (DOR) Indiana free file (INfreefile) program to file their individual taxes.  Indiana individual income tax return filers with an adjusted gross income of $72,000 or less may qualify to file both their state and federal taxes for no cost with INfreefile.

An Upland connection to space.    A launch of two small satellites, Taylor Sat8 and Taylor Sat9, which were designed and built at Taylor University, successfully blasted into near-space orbit last Saturday. It marked the eighth and ninth times satellites were developed at Taylor.   NearSpace Launch, Inc., an enterprise based in Upland works with government, labs, and universities around the nation to create small satellites which have previously launched and contributed to communications networks and the measurement of weather in the low-space realm.

$500 youth music scholarships for Muncie kids.  Forward Visions, a community organization designed to support local citizens, is asking for essays from any child enrolled in MCS – and five will be selected winners, with the money intended to purchase, or pay for maintenance on a band instrument.  To apply or ask questions, email Chanard3@gmail.com 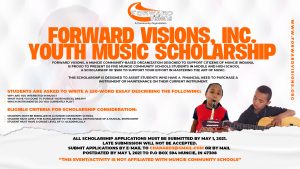 Yorktown Library Building Addition and Remodeling project update: according to Director, Liz Rozelle from a social media post last week, Friday, February 26 should be completion date – but they won’t be visitor ready right away.  Staff will need about two weeks to get everything back in place.  The other good news?  No due dates or fines, until they get back up and running.

Jennie DeVoe will be singing the National Anthem at tonight’s Pacer game, in front of no more than 2,000 fans.  She wrote on social media this week,  that it’ll be the first time she’s sung with a mask on!

Indiana history lesson: this week in 1925, the Duesenberg Motor Company filed incorporation papers with the Indiana Secretary of State.  The firm was being moved to Indianapolis from New Jersey by brothers Fred and August Duesenberg.  Their luxury automobiles were not only beautiful but powerful, performing well on the Speedway track.  The company ceased production in the mid-1930s, but the cars are still highly prized by collectors.

He was just trying to catch some zzz’s in the middle of a Portage cornfield. Madyson McGill reports on how the Chesterton man got there.