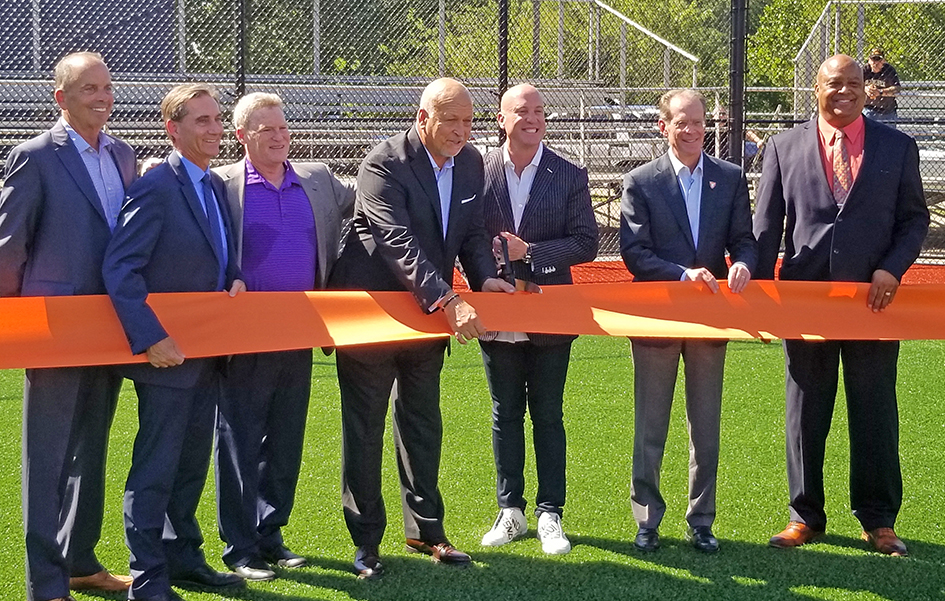 It you rebuild it, they will come – Some might call it Muncie’s version of a field of dreams – yesterday, the dedication of Gainbridge Field at McCullough Park Muncie was held on a bright sunny day – and The Foundation that bears his dad’s name was a large part of the funding:  Retired major league player Cal Ripken Jr. spoke with WLBC and knows this effort is not about sending kids to the big leagues

Hear more coverage from the event on This Weekend in Delaware County, airing first on Saturday 9 a.m. on WMUN 92-5 FM and 1340 AM.

The construction on that corner had some concerned for the gobbler’s safety, and apparently it was relocated several months ago.

A Munsonian returns home, again, for more good –  It’s been called Lafferty Field forever – but now, it’s Gainbridge Field at McCullough Park in Muncie, named so after a financial donation made possible by Chief Executive Officer and President at Group 1001, Dan Towriss – here’s BSU President Mearns on that donation.

Towriss is a Muncie native and Muncie Central Grad – and was pitching the last time the Muncie Legion baseball team won a championship on that field.

The debate over the proposed Allen County Jail site is continuing, but Fort Wayne City Councilwoman, Sharon Tucker, says she does not want to see it in the Southeast section of Fort Wayne. Tucker’s biggest concern about the proposed location, its proximity to area schools.