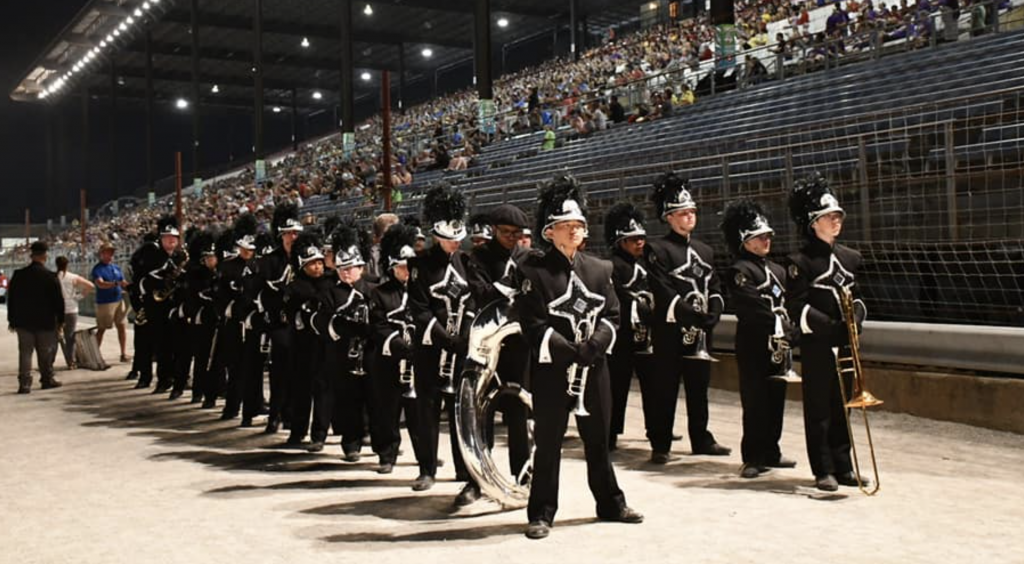 WLBCland high school marching bands are preparing for summer contest season, which begins in mid-July, leading up to the Indiana State Fair contest.  Part of the schedule is on our local news page this morning.

Contests in which local bands will be performing, according to the Central Indiana Track Show Association, are:

Additional local news briefs are below…

As cops investigate that July 4th parade shooting in the Chicagoland area, we asked 6th District Congressman Greg Pence for his comments

Yesterday at this time, Muncie cops were looking into an early Tuesday drive-by shooting that left a 15-year-old youth with a bullet wound.  It was South Hackley Street about 12:20 a.m. when the 15 year old was hit in the leg while sitting on the porch.  The Star Press reported on speculation a car involved in a collision at Tillotson Avenue and Jackson Street might be tied to the southside shooting.

Several WLBCland students were noted by U.S. Senator Todd Young (R-Ind.) last week for participating in the first session of his summer internship program in Washington, D.C.  Alex Kukura, a junior at Indiana University from Westfield; Jared Smith, a recent graduate of Taylor University from Upland; and Rachel Hudson, a recent graduate from Fishers were among the small group.  Senator Young’s office offers internship opportunities year-round, in both his Washington and Indianapolis offices.

Hoosier history:  this week in 1922, one of America’s first automobiles, built by Elwood Haynes, was temporarily removed from the Smithsonian Institution and returned to the inventor’s hometown of Kokomo.

Four recent Ball State University graduates have been chosen for the Fulbright U.S. Student Program—one of the most prestigious and widely recognized international programs. Two of the winners are from our area – Brianna Lopez of Noblesville, Ind.’s host country is Bulgaria.  Alexis Pitchford of Carmel, Ind.’s host country is Greece.

Delaware County’s COVID-19 cases up 14.5%; Indiana cases surge 23.5% – for the week ending Sunday, that was the USA Today deadline posted yesterday, with one death reported in nearby counties.  Statewide, 69 more people were admitted to hospitals COVID likely.

They came from all over the world…India, China, Haiti, and others to be United States citizens. 75 people were sworn in as American citizens over the Fourth of July weekend at the Benjamin Harrison Presidential site in Indianapolis – Azher Khan, an Indy businessman and civic leader…   He came to America from Pakistan encouraged those 75 people to keep love in their heart for themselves, their family, and for their country.

In case you missed this last week – the Madison County Chamber says they came in fourth out of nine Indiana Chambers nominated for Outstanding Chamber of the Year by the Indiana Chamber Executives Association. Zionsville of Boone County placed first.