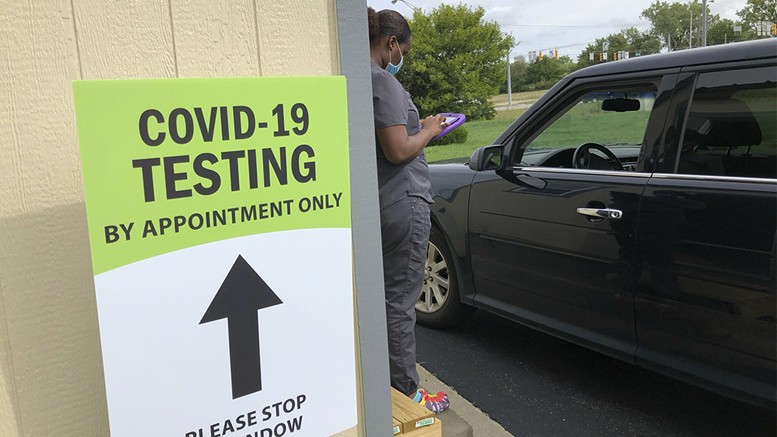 Households may request at-home tests from the federal government by visiting https://www.covid.gov/tests.

As you head outdoors this weekend, be aware State health officials are urging Indiana residents to protect themselves from mosquito bites following the detection of the first West Nile virus case of 2022 in a Lake County resident.  Know that mosquitoes are active especially late afternoon, dusk to dawn and early morning, and use an EPA-registered insect repellent containing DEET or similar.  The critters breed in standing water, so look around your property, clean out clogged gutters and even keeping grass short can help.

BSU Men’s basketball is headed to the Bahamas!  20 men’s and women’s teams play this Thanksgiving  – The Cardinals will be making their first trip to The Bahamas, with the first game of the tourney against Vermont on Friday, November 25 at 12 noon.  The men’s tournament, which is designed strictly for mid-major NCAA Division I programs, is in its fifth iteration after launching in 2017.  All BSU Men’s games are on Woof Boom Radio’s 96-7, 102-9, and 104.9 FM.  As an aside, some are saying that an offer might be finally made next week for the new Radio Voice of the Cards, replacing Joel Godett.

Camp Red Wing is for sale again.  The former Boy Scout site in Muncie on 137 acres on the White River was purchased last year by a real estate developer investor who’s plan was not to operate the property, but to create two separate tracts divided naturally by the White River then market the property and sell it.  Michael A. Fine, of Fine and Company says the auction will take place on August 16th.  Some are hopeful that a new buyer might allow Scouts to camp again there someday.

Senator Mike Braun took issue with the Supreme Court’s ruling yesterday saying in a release,  “President Trump’s Remain in Mexico policy worked to reduce the surge at the southern border… From day one, President Biden has tried to remove every tool we have to stop this chaos, hanging a ‘WELCOME’ sign on our southern border.”

Meth, Coke and more— twelve people accused of working for a drug trafficking operation based in Evansville have been arrested on felony drug charges saying members of the drug ring were already convicted on felony gun charges as well. Investigators also seized about 35 pounds of meth, 45 grams of cocaine and 4 guns.

Ascension Medical Group St. Vincent has closed  immediate care centers – 11 overall – including locations in Anderson, Elwood,  Frankfort, and Kokomo.   The story from WTHR did not specify the reason, but a spokesperson said impacted associates are being offered a comparable position at one of its other sites.