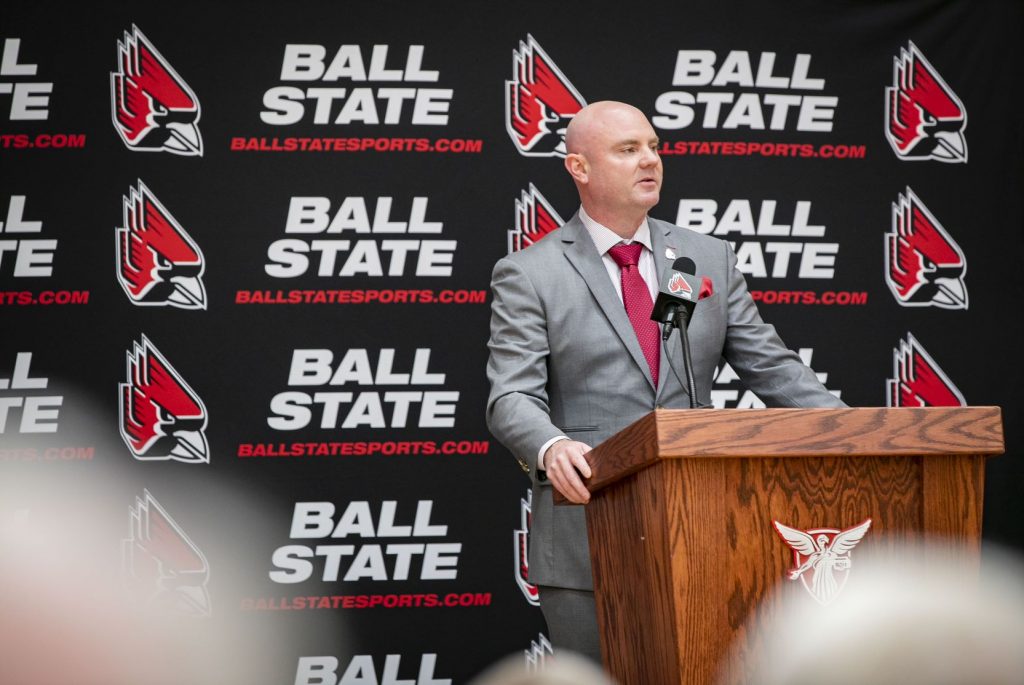 Media meets the new coach.   He played for Coach Knight, and worked with some big names in college coaching – but who IS new BSU head men’s basketball coach Michael Lewis – from the opening press conference at BSU yesterday.BSU Michael Lewis SUMMARY

YWCA is on a mission to Stand Against Racism.  On Friday, April 29, 22, we will take a “Stand” Against Racism by building community.  April 29 from 12 – 2 p.m., gather at the Muncie YWCA on Charles Street for Refreshments, conversation, and take the pledge!

The Muncie Central Athletic Department will be holding Sports Physical Night on Tuesday, April 12th from 5PM to 8PM at Muncie Central. In cooperation with IU Ball Memorial, these are at no charge.  All planning to participate in athletics at Muncie Central High School, (including off-season and summer workouts) must have an updated physical dated after April 1, 2022.

Chamber leader’s first Muncie on the Move. She was introduced officially yesterday as the new President of the Muncie Delaware County Chamber of Commerce – Elizabeth Rowray…  She will continue her elected position as a Republican District 35 member of the Indiana House of Representatives.

Ball State University is once again celebrating its best single day of fundraising ever following the results of Tuesday’s fourth annual One Ball State Day.  Preliminary figures indicate the University received more than 7,000 gifts totaling more than $1 million during its annual 24-hour online fundraising event, providing much-needed support to the financial needs of students, faculty and staff, and programs.

Save the Date – April 26th – for the VIVA Awards presented by the Muncie Rotary.  Very Important Volunteer Awards will be given away as part of the lunch event.

WLBC has supported this event for many years, but Don Finnegan reminded all of a May event coming up…  Hear his entire presentation from yesterday’s Muncie on the Move Chamber event on This Weekend in Delaware County.Muncie on the Move RUN FOR FALLEN

Highland Harvest food distributions will be held in-person for the remainder of the school year at Highland Middle School in Anderson. Today, from 5 p.m. to 6:30 p.m. it’ll be in the small auxiliary gym. They continue to provide families with fresh produce, meat and pantry items.

The United States Navy Band Sea Chanters chorus will perform at 7 p.m. April 28 at High Street United Methodist Church. The performance is free and open to the public. Muncie is one of 13 cities across seven states to host them as part of the signature outreach program of the U.S. Navy, according to a release.