Good News:  Muncie Central High School (MCHS) was one of 35 Indiana-based schools awarded the Purple Star, for its programs and services designed to honor and serve veterans and their families, according to a story from the Daily News just shared this week from an Indiana Department of Education release.

Anderson University will unveil its brand-new, state-of-the-art Electrical Engineering Lab with a ribbon cutting ceremony April 26 at 1:30 p.m. The lab was completed as part of the Called To Soar focused fundraising initiative.

Monroe Central Band Department is hosting a Drive-Thru Hog Roast. $8/plate with Pulled Pork Sandwich, Chips, and choice of Coleslaw or Applesauce. Today (Friday, April 22) from 5p-7p, Enter Bear Lane from the Elementary School and pick up meals at the concessions stand.

Another re-start of a popular event that was interrupted by COVID:  the Soup Crawl fundraiser for Second Harvest Food Bank will take place during ArtsWalk in Downtown Muncie on Thursday, October 6, Soup Crawl celebrates local restaurants by showcasing their soups at stations throughout the event. Though tickets are not on sale yet, watch curehunger.org for updates on that.

Muncie based John Tom’s Barbecue announced this week on social media that their sauces will be used at Indianapolis Motor Speedway starting this race season.

Named after James May, a community business owner who donated the land to the city in 1961, the renovated Mays Park is officially open.  A one-of-a kind playground, splash pad, skate park and pickleball courts.  Anderson Mayor Thomas Broderick told the Herald Bulletin this was one of 20 parks in the city that have been improved in the past three years.   The improvements cost $2.5 million, with funds coming from a $3 million bond approved by the Anderson City Council in 2020.

BSU men’s volleyball can claim the Conference Championship with a win tomorrow night at Worthen Arena in Muncie.  The MIVA showdown with Purdue Ft. Wayne begins at 7 p.m.

Muncie–Delaware Clean & Beautiful has an Earth Day Happy Hour from 5:30-7:30 p.m. today (Friday, April 22) at the FireFly Room on the second floor of Madjax!  The evening will end with the annual Oscar Awards, which recognize individuals, organizations, and businesses that have demonstrated a commitment to keeping our community clean and beautiful.

Though no official word from the school district, earlier this week the Blackford County school board  voted to close Montpelier Elementary.  On a social media page for the school, a  member of the public stated it will close at the end of this school year.

Indiana State Police Superintendent Douglas G. Carter has announced the promotion of Master Trooper Scott P. Keegan to the rank of Sergeant.  He will serve as the Public Information Officer for the Pendleton Post.  He is a native of Pendleton, graduated from Pendleton Heights High School and went on to attend Hanover College.  Sergeant Keegan resides in Madison County with his wife Amanda and his two daughters Quinn and Ashtyn. 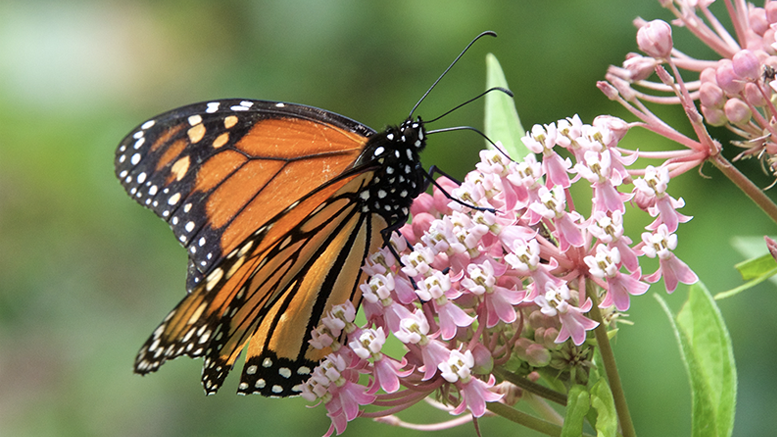 Today is Earth Day, and White River State Park will host a volunteer day tomorrow (Saturday, April 23). Residents are invited to participate in a trash cleanup effort along the White River from 9:00 a.m. to 11:30 a.m.