Road to recovery.  About 6 months ago, Eli Burke from Yorktown was injured at a race in Indiana.  Saturday, the 7 year old competed in the KTM Junior Supercross in Orlando.  His dad reported on Facebook, “there was a four bike pile up at the end of the start and Eli was in it. Someone tipped over and he just couldn’t get stopped.  Rode hard after the wreck to finish 13th. He was smiling from ear to ear the entire night.” 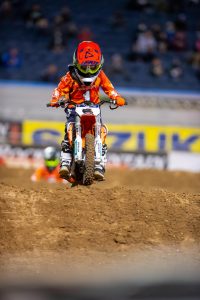 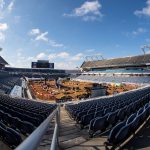 A Johns Hopkins doctor says he believes COVID-19 will be “mostly gone” by April, saying herd immunity could be reached by then, allowing normal life to resume – President Biden stated recently that it might be Christmas before we reach that situation.  Dr. Marty Makary  added in his Op Ed that many scientists are reluctant to publicly acknowledge his conclusions, as public health experts do not want Americans to become complacent in their mitigation efforts – in a series of interviews over the weekend, he DID continue to support the continued vaccination efforts Nationwide.

The Indiana House had three days to regroup after a day marred by walkouts and shouting matches:

Every member of a school board in Northern California resigned on Friday after a video revealed they mocked parents during a virtual public meeting about reopening schools amid the COVID-19 pandemic.  The Daily Mail reported they were caught on video during a meeting saying parents treated teachers as their ‘personal babysitters’ and they only wanted classrooms to re-open so they could smoke pot ‘uninterrupted’.

This week in 1889 in Indiana history:  Benjamin Harrison left his home in Indianapolis to go to Washington, D. C.,  to take the oath as the 23rd President of the United States.

Are there any left?  Saturday, 1,000 general admission tickets for the Muncie Burris and Blackford boys basketball game this Wednesday, at Ball State’s Worthen Arena went on sale.  The game will feature two of East Central Indiana’s top boys basketball players in Blackford’s Luke Brown, who is currently fifth on the state’s all-time leading scorers list, and Burris’ senior Grant Jones, a four-year starter who is approaching 1,000 points on his career.

The investigation continues:  WLBC’s Peter Killeen has that, and more now

The NCAA said Friday they will allow fans at March Madness this year. Rob Connett reports on the limitations.

Improvements for the Kenmore Neighborhood Underground Construction project will close some streets starting today, according to the Muncie city engineer’s office.  AEP will do work for underground lines.  Partial closing of West Jackson Street at Riley Road is supposed to happen today.  See the entire plan below:

Riley Road closed from Jackson to Main Street until March 26.

Several area swimmers have advanced to the State Finals in Indy this coming weekend.  Best of luck to all.

Toro is recalling around 6,700 Toro Power Max 826 OHAE Snowthrowers with the model number 37802 because of an amputation hazard, according to the US Consumer Product Safety Commission.  They were sold by Home Depot, Ace Hardware and Toro authorized dealers between November 2020 and January 2021.

Unity in Our Community presents Love Fest: Celebrating our Firsts.  According to the Facebook page for the group R.A.C.E., the event will showcase community trailblazers who were the first in job position, community action, academic achievement, and more. If you know of a first, please share.   RSVP for the event this Saturday, or send questions to 765-876-8055 – text or call.

The Community Foundation of Muncie and Delaware County, Inc. awarded nearly $600,000 to 14 nonprofit organizations during the first Quarterly Competitive Grant cycle of 2021.  A Better Way Services, Inc., Boys & Girls Clubs of Muncie, Cardinal Greenway Inc., Cornerstone Center for the Arts, and Greater Muncie Indiana Habitat for Humanity, Inc., were among the latest recipients.

Love em or hate em, there’s no denying that advertising jingles have been a part of marketing culture for a very long time.   To explore the staying power of advertising jingles, Quality Logo Products recently surveyed 735 U.S. consumers.  The repetitive jingle for Liberty Mutual tops both the most hated and the most annoying lists — but is also in the top 10 for the most catchy.