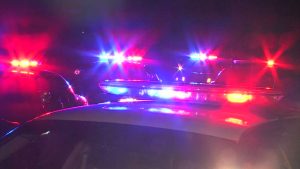 A police chase in Madison County ended in a deadly crash early this morning. Chesterfield police say around 3 a.m. they tried to catch up to a vehicle clocked by radar at over 100 miles per hour. Police say it appears the fleeing driver lost control, left the roadway, and hit a tree just west of the Mounds State Park entrance. The driver was pronounced dead at the scene.