A longtime Muncie radio broadcaster has died. Al Rent was a fixture in local civic programs as well as a Ball State University offic 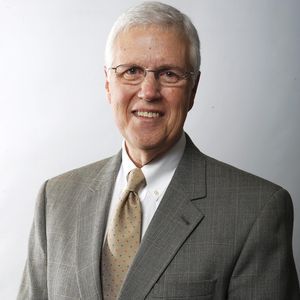 er. He served as vice president and co-owner of WLBC radio and hosted the Morning Show for eight years; he provided play-by-play for more than 120 televised Ball State college basketball games and hosted the WIPB Telesale. Rent had been executive director and general manager for public broadcasting operations at Ball State since 2015.

According to Ball State, following graduation from Ball State in 1967, Rent joined the university’s Public Information Services as coordinator of radio and television news. He left in 1970 to work in public relations and advertising, and returned to the university in 1993 as assistant to the vice president for advancement and director of marketing.

Rent was named the 2010 Person of the Year by The Star Press and received the Muncie-Delaware County Chamber of Commerce’s Chamber’s Legacy Award in 2016. The Chamber of Commerce named “The Al Rent Spirit of Muncie Award”  after him, and he was the first-ever recipient of the honor in 2002, according to newspaper reports.

He was co-founder of the Muncie on the Move breakfast series, which he has hosted for 30 years; was a founding board member of Huffer Memorial Children’s Center and served on the boards of Muncie Symphony Orchestra, Minnetrista, Meridian Health Services, the Greater Muncie Area Council on Youth Leadership,and the Martin Luther King Jr. Dream Team.