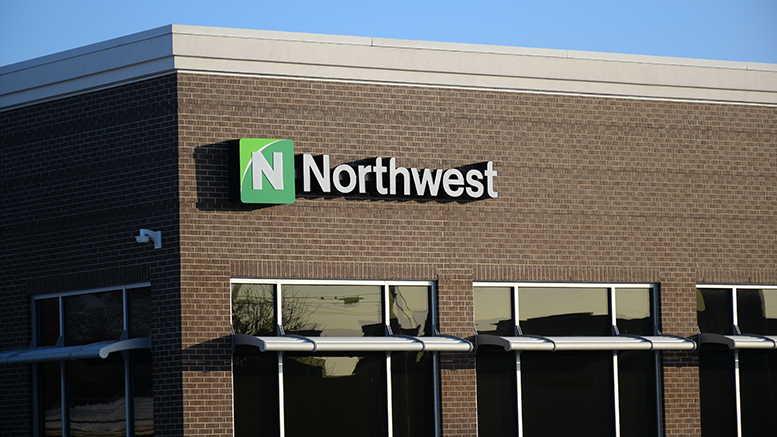 For the second consecutive year, Northwest Bank has been recognized by Freddie Mac as a winner of its Home Possible RISE Awards®. The annual program salutes Freddie Mac’s top clients across multiple categories for excellence with the Home Possible® mortgage program for first time buyers.

A former Henry County prosecutor has agreed to plead guilty to at least one count stemming from his 2021 arrest on meth-related charges. The StarPress reports 68 year old Martin Shields was arrested last October after twice providing meth to an informant for the Henry County Area Drug Task Force.

The Drug Enforcement Administration is sponsoring the 22nd nationwide “Prescription Drug Take Back” this Saturday. Sites around Indiana will accept expired, unused, and unwanted prescription drugs for safe disposal.

Five people were hurt in an electric fire Tuesday afternoon at the Pendleton Correctional Facility. A Department of Corrections spokesperson indicated the injured people were not incarcerated individuals. An investigation is ongoing.

A stepmom accused of beating her stepson to death in Fort Wayne wants to plead guilty in exchange for some of the charges against her being dropped.

The head of the Indianapolis-based NCAA plans to leave that position after more than 11 years on the job.

State Police have found 46 victims of an Indy car dealership accused of rolling back odometers. KBB Auto Sales is accused of selling vehicles with odometers rolled back thousands of miles. WRTV reports 8 of the victims have filed lawsuits in small claims court.

The Department of Workforce Development is now waiving over $7.3 million in unemployment benefits they were asking thousands of Hoosiers to repay…even tho they were eligible to receive them. WISH-TV demanded answers from the department for well over a year.

Governor Eric Holcomb recently announced that Hoosiers should expect to begin receiving their promised $125 taxpayer refund in the coming weeks. An estimated 4.3 million taxpayers should receive the refund. In May, the Auditor of State’s office will begin issuing refunds via direct deposit or paper check.

3 democratic precinct committee-persons will not be on the primary election ballot. Special Judge Gail M.Dues from Jay County upheld her earlier decision to dismiss the case against the Delaware County Election Board and Delaware County Clerk Rick Spangler. The 3 reform democrats were removed due to errors on filing forms and lack of proof of past voting, according to the StarPress.

Jack Ronald, an Indiana Journalism Hall of Fame member and former editor of The Commercial Review in Portland Indiana, has died of liver cancer. He was 73.

A new study by the “National Low Income Coalition” illustrates the disturbing plight of low-income Hoosiers. The study showed that nearly three quarters of low-income Hoosiers have to spend half of their income on housing. That’s the worst rate in the Midwest and 13th worst in the country.

The Anderson Board of Public Works has approved a 1.71% decline in electric rates. The average residential customer’s monthly bill for the second three months of 2022 will be $96.66 for the use of 800 kilowatts per month.

The Anderson Board of Public Works has set a bid date of May 17th for contract paving through the state’s Community Crossing grant program. The city applied for funding in January to pave 2.6 miles of roads.

The Anderson Police Department is investigating an armed robbery at the Best Western Plus motel. The Herald Bulletin reports a white male entered the building armed with a handgun, wearing a face mask and dark clothing. The case remains under investigation.

It’s almost Friday. Can you feel the weekend coming?